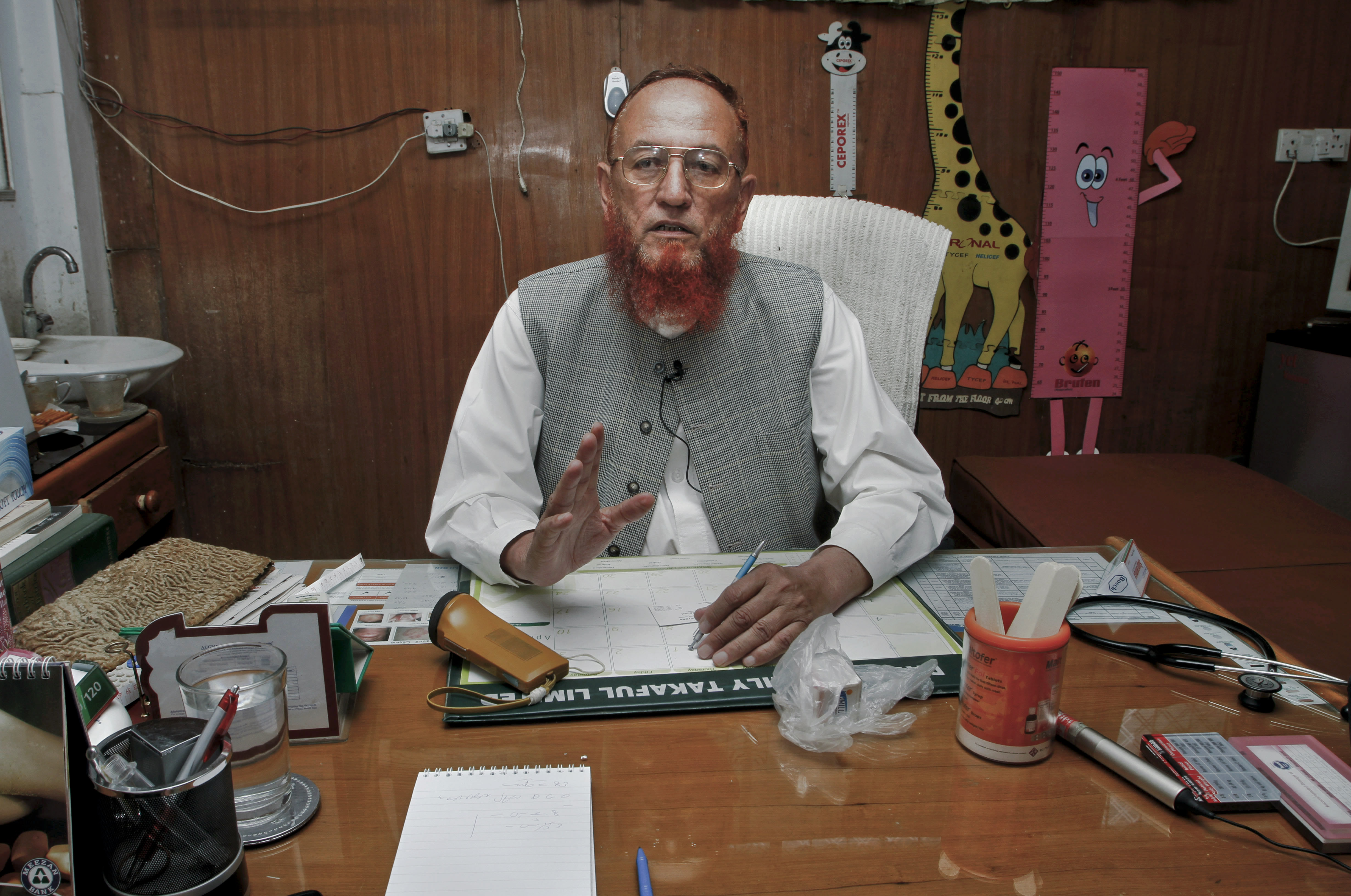 ABBOTTABAD, Pakistan - For pediatrician Mehar Dil Wazir, they were a normal bunch of kids, like the dozens of others he treats daily for tummy upsets, coughs and colds. He thought the same about the two men who brought them to his simple clinic, a well-dressed pair who said they were cousins.

But a few days after the May 2 raid that killed Osama bin Laden in this northwestern Pakistani town, intelligence agents told him his child patients lived in the same house with the terror leader. The men who brought them in were bin Laden's most trusted couriers.

"They seemed to be gentlemen," Wazir told The Associated Press on Tuesday, revealing for the first time his connection with bin Laden. "And the kids were good looking and healthy."

The intelligence agents told the 67-year-old doctor they traced him from prescriptions he had written that were found in the bin Laden house. They questioned him for several hours and left, satisfied that he did not know the identity of his patients.

Wazir's recollections give fresh glimpses into the life of the world's most wanted man, his family and associates during their time in Abbottabad. It's a picture that still is shrouded in mystery for the most part nearly a month after bin Laden was shot to death by Navy SEALs.

The doctor said the men told him their names were Arshad and Tariq, the same names they gave to neighbors living next door to the bin Laden hideout. Both men apparently lived there with their families, looking after bin Laden and his three wives and children who inhabited the upper story of the house. The bin Ladens, at least the adults, were never seen outside the high-walled compound.

Neighbors said there was little remarkable about the two men -- they were polite, but didn't talk much to others in the neighborhood. Wazir's recollections also suggest they were good at blending in and living an anonymous life even as they sheltered the al Qaeda chief.

He said the two men had brought in several girls and boys, all under the age of five, over the last three years. He said he didn't remember treating them for any serious illnesses.

Pakistani authorities either do not know or have not released any information on the lives of Arshad and Tariq, or even whether they were among the four men and one woman killed by U.S. commandos who flew into Abbottabad from across the border in Afghanistan.

U.S. officials have said that traced from a cell phone calls made by Arshad, also known as Abu Ahmed al-Kuwaiti, led the CIA to the Abbottabad about a year ago.

Wazir said Arshad and Tariq said the children were theirs. Bin Laden was known to have fathered several children while on the run with his Arab wives. Wazir said the children did not appear to be Arabs, but said that below the age of five it would be hard to differentiate between Arab children and those native to northwestern Pakistan.

He said a woman once came to the clinic with the children. She wore a veil as do many women in northwest Pakistan, but spoke the local language like a native.

"I never suspected anything, but if it is a small child, I cannot say whether they are Arabs or Pakistanis," said Wazir, who spoke as he was examining a 4-year child suffering from a fever at his two-room clinic.

Bin Laden's wives and children are in Pakistani custody. The government says they will be returned to their country of origin, but has not said how many family members and other women and children living in the compound it is holding.

One of the most well known pediatricians in Abbottabad, Wazir charges $6 for a consultation, more than many others.

The men told Wazir they came from Tangi in Charsadda district, also in the northwest. Arshad listed the same village on documents he signed when he bought the house. Residents and authorities in Tangi say they have no record of anyone by that name, or fitting his description.

Wazir said he was shocked to know that Arshad had links with bin Laden but said "his conscious is clear."

"I would have told them I will not treat your children," he said when asked what he would have done if he had known about the men's terrorist links.