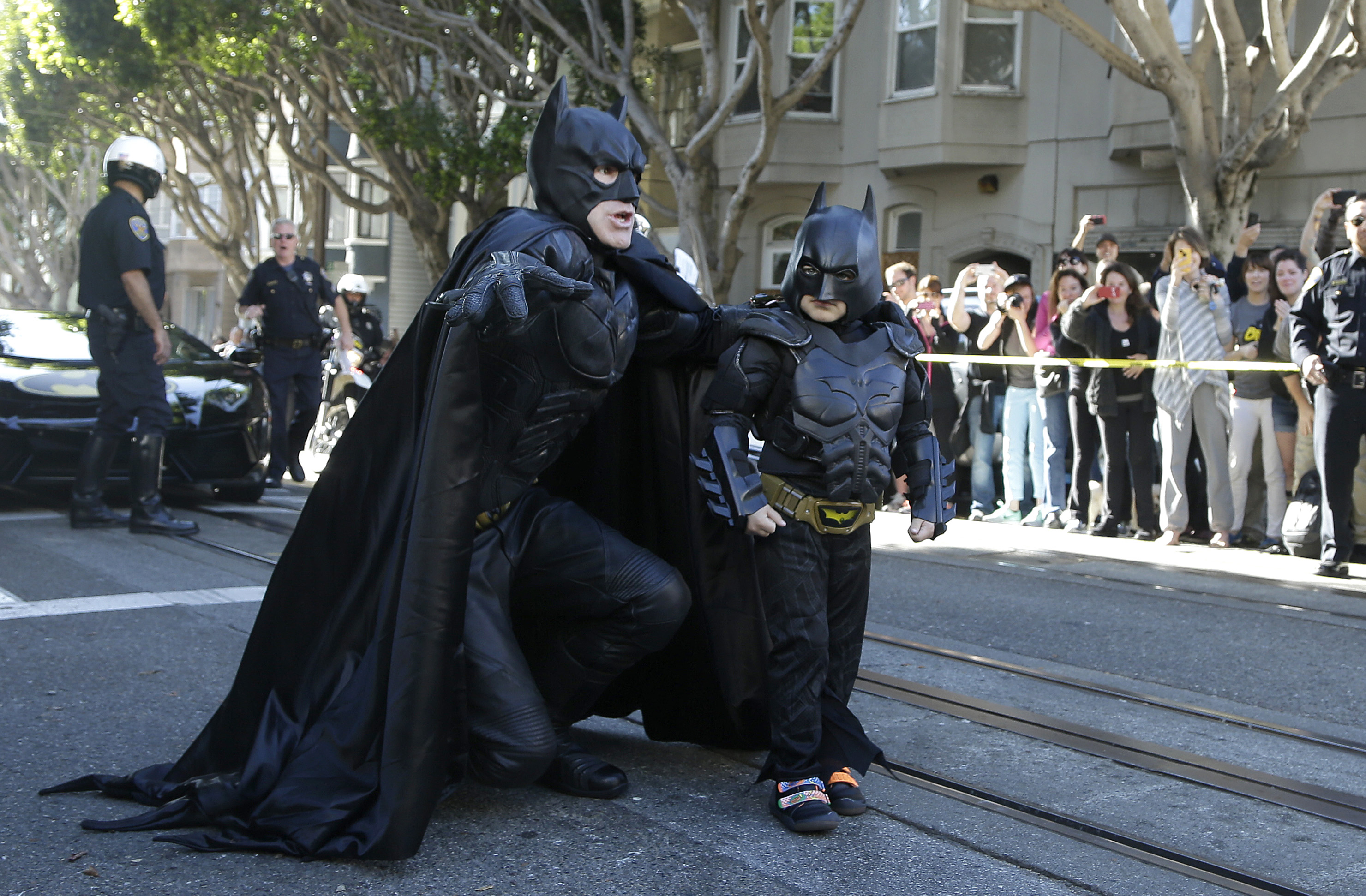 SAN FRANCISCO - The city of San Francisco spent $105,000 in public funds to honor a 5-year-old boy with leukemia who captivated the nation with his exploits as "Batkid," and it hopes to recoup the money through private donations, the mayor's spokeswoman said Wednesday.

Most of the money went toward renting a sound system, video screens and other equipment at the last minute to accommodate the surprisingly large crowds that gathered outside City Hall to watch caped crusader Miles Scott receive a chocolate key to the city, said Christine Falvey, communications director for Mayor Ed Lee.

"What started out as a few hundred people at most on the steps of City Hall ... grew into what would obviously attract a 20,000-plus crowd," Falvey said. "They weren't going to see anything the way we originally had it set up."

Miles, who lives in Tulelake in far Northern California, was able to fulfill his wish to be his favorite superhero last week when the Make-A-Wish Foundation arranged to have him driven about San Francisco in a Lamborghini Batmobile as he handled make-believe capers.

The fantasy included a police escort and an adult Batman impersonator who accompanied the costumed Batkid as he rescued a damsel in distress from cable car tracks, captured the Riddler as he robbed a bank, and saved the San Francisco Giants mascot from the Penguin's clutches.

The elaborate masquerade and feel-good nature of the event made Miles a social media darling. But a city lawmaker and some residents asked whether it was appropriate for the city to subsidize a celebration for one child.

"Waiting for Miles the BatKid & Wondering how many 1000s of SF kids living off SNAP/FoodStamps could have been fed from the $$," Supervisor Eric Mar wrote on Instagram. After Miles' supporters denounced the comment, Mar issued a statement that he simply was seeking "similar amounts of love, compassion and empathy for children living every day in dire circumstances."

Falvey said the costs would have been even higher if vendors had not offered discounts or donated services. The San Francisco chapter of Make-a-Wish hopes to reimburse the city for what was spent through private donations, she said.

Neither the police nor public works departments incurred extra expenses from Friday's daylong event, which was staffed with officers and maintenance workers on their regular shifts, Falvey said.

"It was a very successful event. We were honored to be part of it. Miles gave to us more than we gave to him," she said.