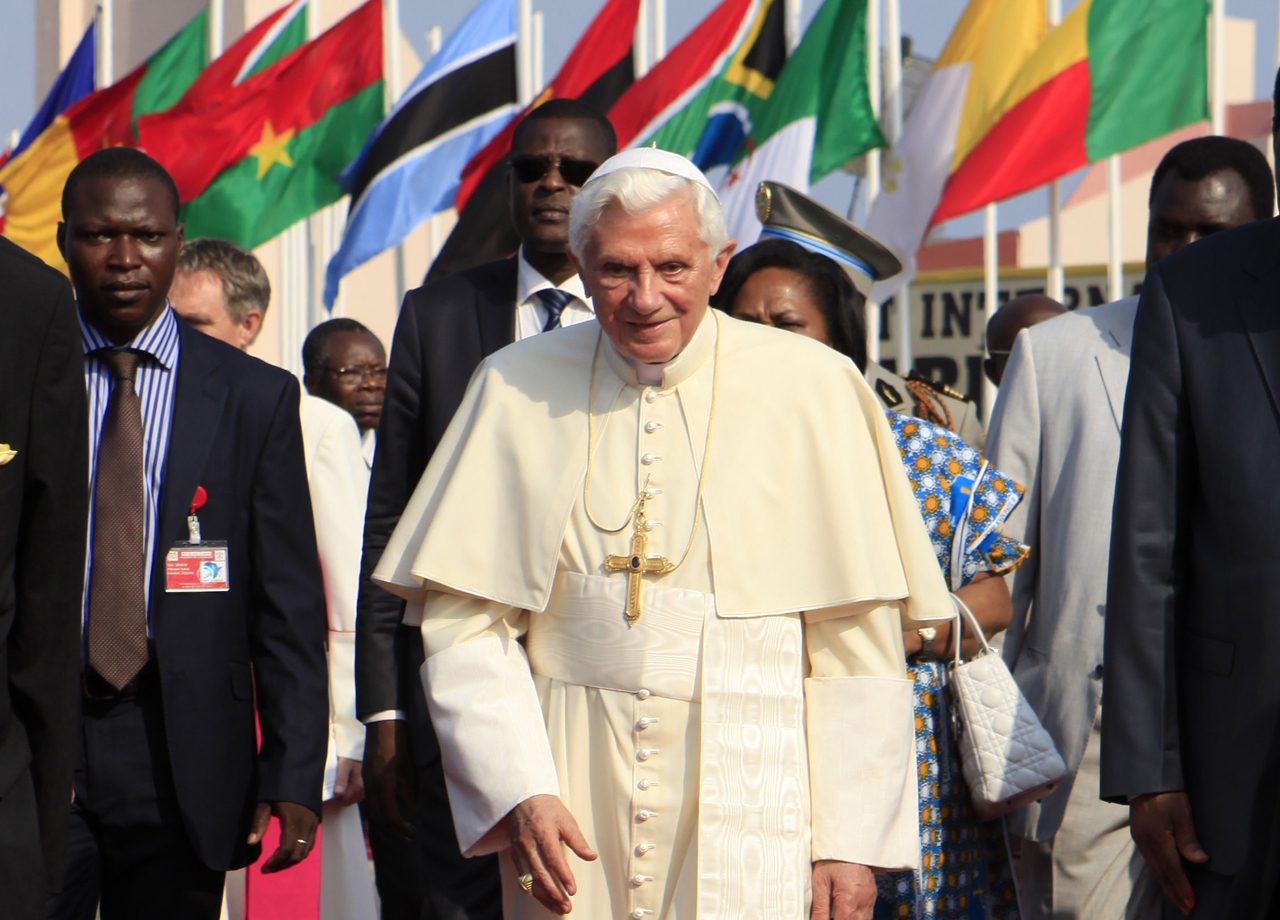 VATICAN CITY - Pope Benedict XVI insisted on Saturday that all of society's institutions, and not just the Catholic church, must be held to "exacting" standards in their response to sex abuse of children, and defended the church's efforts to confront the problem.

Benedict acknowledged in remarks to visiting U.S. bishops during an audience at the Vatican that pedophilia was a "scourge" for society, and that decades of scandals over clergy abusing children had left Catholics in the United States bewildered.

"It is my hope that the Church's conscientious efforts to confront this reality will help the broader community to recognize the causes, true extent and devastating consequences of sexual abuse, and to respond effectively to this scourge which affects every level of society," he said.

"By the same token, just as the church is rightly held to exacting standards in this regard, all other institutions, without exception, should be held to the same standards," the pope said.

The pedophile scandal has exploded in recent decades in the United States, but similar clergy sex abuse revelations have tainted the church in many other countries, including Mexico, Ireland, and several other European nations, including Italy.

But the most high-profile sex abuse case in the United States at the moment doesn't involve the church. Penn State University's former defensive football coordinator Jerry Sandusky has been charged with sexually abusing eight boys, and the fallout has led to the firing of longtime coach Joe Paterno and the departure of university president Graham Spanier.

College football in the U.S. is highly popular. The scandal has shaken the reputation of a college program that long had prided itself on integrity.

Benedict didn't address accusations by many victims and their advocates that church leaders, including at the office in the Vatican that Benedict headed before becoming pontiff, systematically tried to cover up the scandals, and that they have rarely been held accountable for that.

Investigations, often by civil authorities, revealed that church hierarchy frequently transferred pedophile priests from one parish to another.

Benedict told the bishops that his papal pilgrimage to the United States in 2008 "was intended to encourage the Catholics of America in the wake of the scandal and disorientation caused by the sexual abuse crisis of recent decades."

Echoing sentiment he has expressed in occasional meetings with victims of the abuse on trips abroad, Benedict added: "I wish to acknowledge personally the suffering inflicted on the victims and the honest efforts made to ensure both the safety of our children and to deal appropriately and transparently with allegations as they arise."

Benedict seemed to be reflecting some churchmen's contentions that the church has wrongly been singled out as villains for the abuse.

The bishops were making periodic consultations with the Vatican, scheduled for every five years.