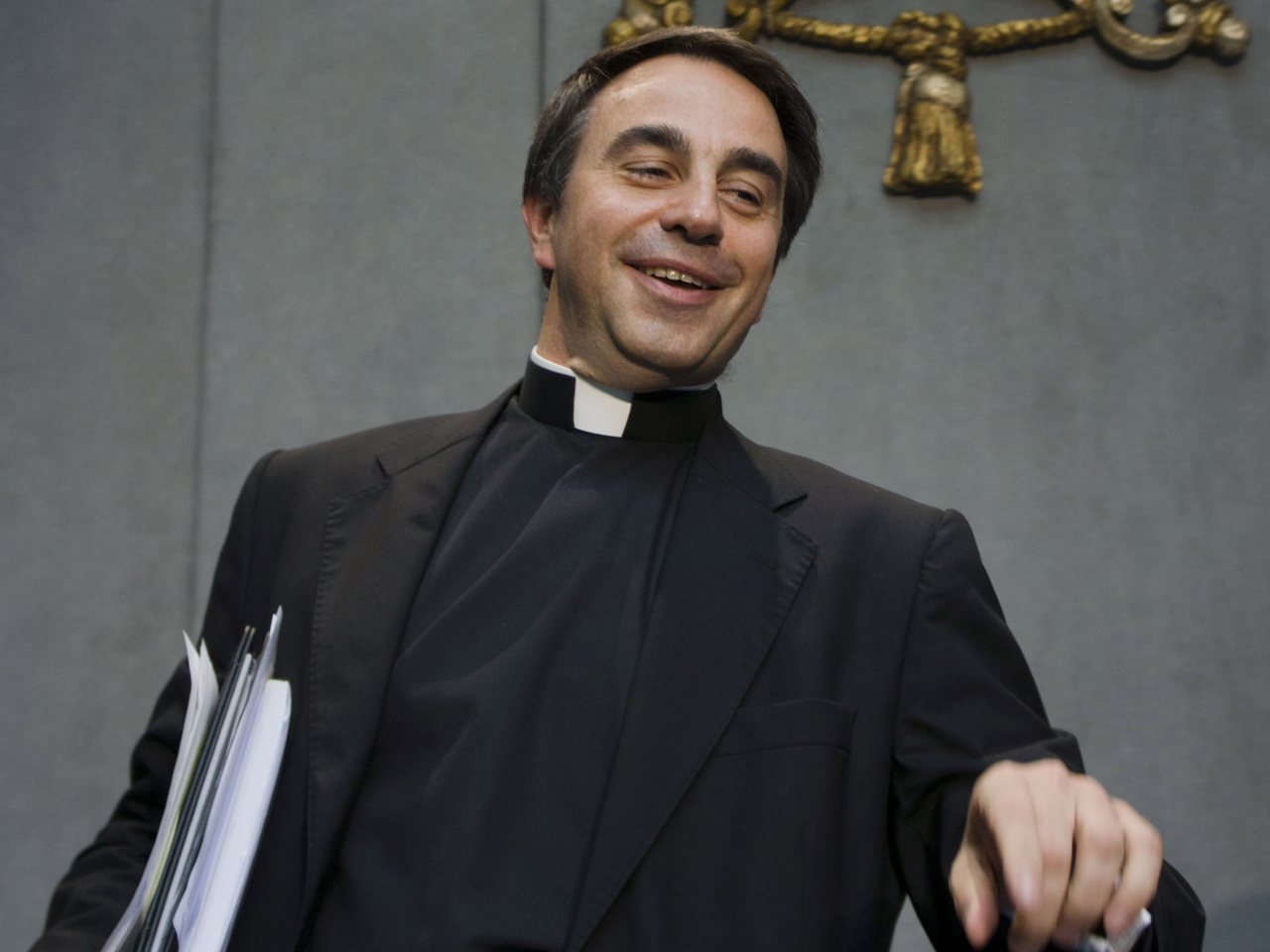 VATICAN CITY The pope has transferred a top official from the Vatican's secretariat of state to Colombia amid swirling media speculation about the contents of a confidential report into the Vatican's leaks scandal.

Vatican spokesman, the Rev. Federico Lombardi, insisted Friday that the transfer of Monsignor Ettore Balestrero had been months in the works and had nothing to do with the leaks investigation or what the Vatican considers baseless reporting.

Balestrero was named undersecretary of the Vatican's Foreign Ministry in 2009 and, among other tasks, has been a lead player in the Holy See's efforts to get on the "white list" of financially transparent countries. Pope Benedict XVI on Friday named him ambassador, or nunzio, to Colombia.

Italian newspapers for days have been rife with un-sourced reports of the contents of the dossier, which was presented to Benedict in December. It was prepared by three cardinals after they investigated the origins of the leaks.

The scandal erupted last year after papers taken from the pope's desk were published. The pope's butler was convicted in October of aggravated theft.

The Vatican has refused to comment on the media reports, which have claimed the dossier was a factor in Benedict's decision to resign. Vatican officials have repeatedly dismissed the reports as baseless.

Italian newspapers have suggested that Pope Benedict was shocked to learn from the cardinals' research of infighting among various factions in the Vatican's governing bureaucracy, the Curia. CBS News correspondent Allen Pizzey says some reports have suggested a homosexual lobby among church officials within the Curia. Newspapers have even claimed blackmail of a sexual nature as the factions vie for power.

Pizzey reports the cardinals' final dossier on the leaks scandal is expected to hit Pope Benedict's desk on Monday, but he's widely expected to leave it for his successor to address the problems detailed in the multitudinous pages.

The leaks scandal erupted after the pope's butler stole the sensitive internal letters to the pontiff and passed them off to a journalist, who then published them in a blockbuster book. The butler did it -- he admitted himself -- to expose the "evil and corruption" in the Vatican's frescoed halls that he believed was hidden from Benedict by those who were supposed to serve him.

Ordinary Catholics might not think that dysfunction in the Apostolic Palace has any effect on their lives, but it does: The Curia makes decisions on everything from church closings to marriage annulments to the disciplining of pedophile priests. Papal politics plays into the prayers the faithful say at Mass since missal translations are decided by committee in Rome. Donations the faithful make each year for the pope are held by a Vatican bank whose lack of financial transparency fueled bitter internal debate.