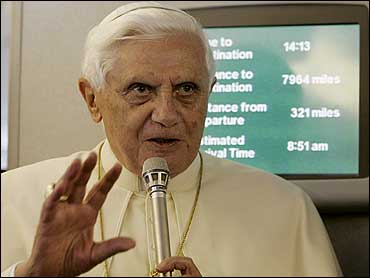 "He who builds only on visible and tangible things like success, career and money builds the house of his life on sand," the pontiff says.

"We are now seeing, in the collapse of major banks, that money vanishes, it is nothing," the pope adds.

The pontiff was speaking Monday as he opened the works of a meeting of 253 bishops at the Vatican.

Benedict says "the only solid reality is the word of God."