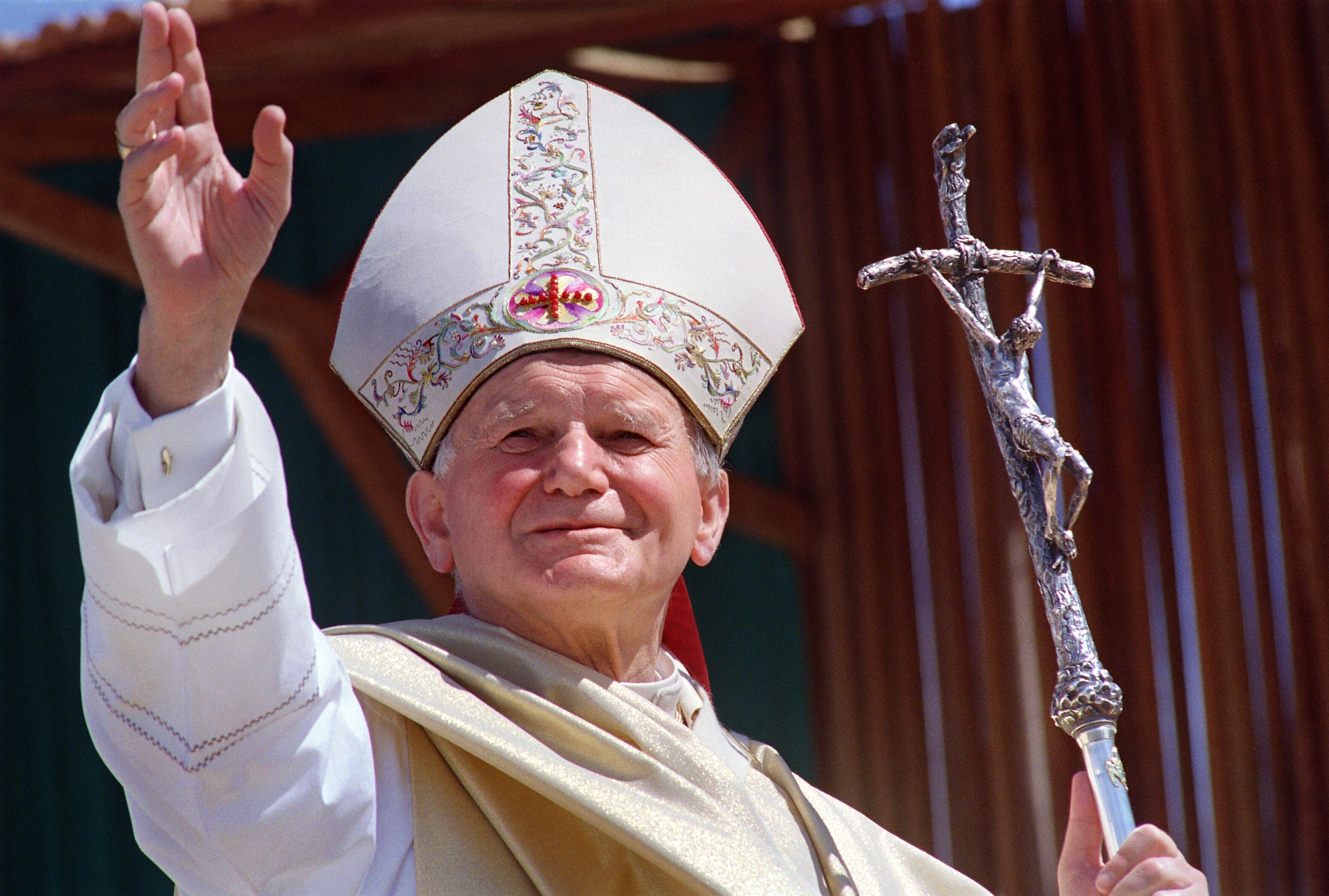 A trove of personal letters between Pope John Paul II and a Polish-American woman has been discovered by the BBC. The letters reveal an intense and intimate bond that lasted more than three decades.

If you can imagine a cross between the Vatican newspaper, L'Osservatore Romano, and the Hollywood gossip site, TMZ, you might get something like these letters, reports CBS News correspondent Mark Phillips.

They're about a story of unrequited love -- or they're a story of a long, intellectual friendship. With an overlay of affection, there is plenty of argument for both.

In the beginning, Karol Wojtyla from Krakov was a dynamic young priest on the rise. Anna-Teresa Tymieniecka was a Polish emigre, living in the U.S. -- and married.

Yet when they met in Krakov, to collaborate on an English version of a book he'd written, something on some other level clicked.

They began an exchange of letters that continued for the rest of his life. Her letters to him seemed to make him uncomfortable.

"You write about being torn apart, but I could find no answer to these words," Wojtyla said. Particularly the words, "I belong to you."

As he rose up the hierarchy -- a cardinal about to be elected pope -- they continue to correspond. The letters were sent in a way to avoid the Polish communist censors who could have used the whiff of scandal to undermine the powerful Catholic Church.

"It's good you sent your letter by hand, it contains things too deep for the censor's eyes," Cardinal Wojtyla wrote in 1978. "They are so meaningful and deeply personal."

The couple spent time together in Vermont where Tymieniecka had a house. In Poland they went on ski trips together. More than friends, some said, less than lovers.

"I promise I will remember everything at this new stage of my journey. I am think about you. In my thoughts I come to Pomfret [her house in Vermont] every day," the pope wrote.

She is said to have come to Rome to be at his bedside as he was dying, but she's been removed from official Vatican history.

The letters are held in the Polish national library. Significantly, his letters have now been released, but hers are still being kept secret. What a story they might tell about the life of this popularly, now sainted, pope.