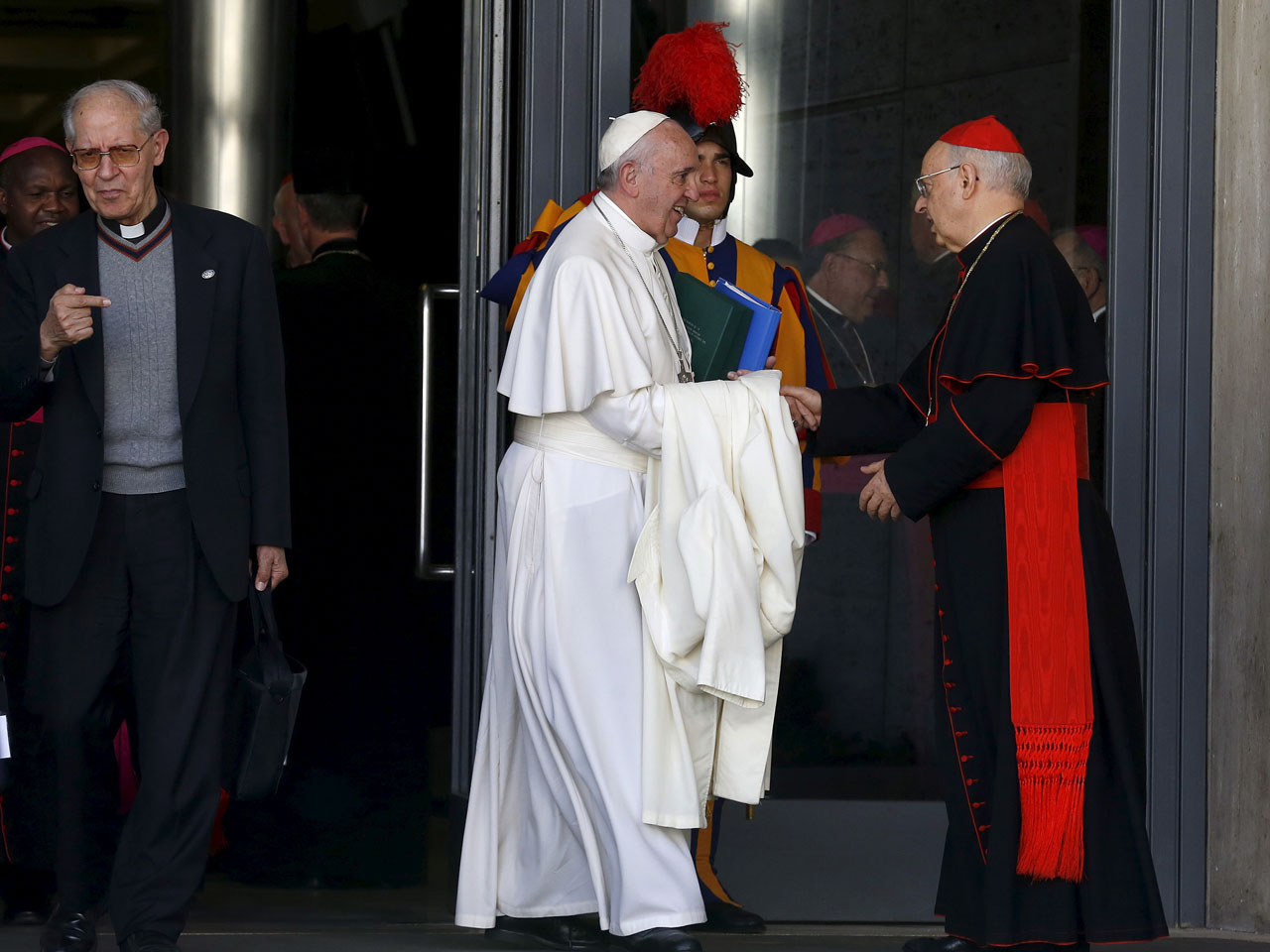 Bishops from around the world adopted a final document at the end of a divisive, three-week synod on providing better pastoral care for Catholic families. It emphasizes the role of discernment and individual conscience in dealing with difficult family situations, in a win for liberal bishops.

Conservatives had resisted offering any wiggle room in determining, for example, whether civilly remarried Catholics can receive Communion since church teaching forbids it. While the document doesn't chart any specific path to receiving the sacraments as originally sought by the liberals, the document opens the door to case-by-case exceptions to church teaching by citing the role of discernment and conscience.

The three paragraphs dealing with the issue barely reached the two-thirds majority needed to pass, but conservatives couldn't muster enough votes to shoot them down. That will give Francis the maneuvering he needs if he wants to push the issue further in a future document of his own.

In a final speech to the synod, Francis took some clear swipes at the conservatives who hold up church doctrine above all else, and use it to cast judgment on others who don't measure up.

Francis said the synod it had "laid bare the closed hearts which frequently hide even behind the church's teachings and good intentions, in order to sit in the chair of Moses and judge, sometimes with superiority and superficiality, difficult cases and wounded families."

"The synod experience also made us better realize that the true defenders of doctrine are not those who uphold its letter, but its spirit; not ideas but people; not formulas but the free availability of God's love and forgiveness," he said.

The document is the culmination of a two-year process launched by Francis to put in practice his call for a church that is more a "field hospital for wounded souls" than an exclusive club for the perfect.

The bishops took his direction, finding "positive elements" in couples who live together even though they are not married. Rather than condemning these couples for living in sin, the document says pastors should look at their commitment constructively and encourage them to transform their union in a sacramental marriage.

On gays, the synod document repeats church teaching that gays should be respected and loved and, in a novelty, says families with gay members require particular pastoral care. It strongly rejects gay marriage, but omits references to church teaching that homosexual acts are "intrinsically disordered."

Only the 275 synod "fathers" were allowed to vote - none of the handful of women invited to participate - even though one of the "fathers" with voting rights wasn't even a priest, much less a bishop.

Brother Herve Janson of the Little Brothers of Jesus told reporters he considered refusing to accept the invitation to participate, given that his status in the church is the same as a sister who heads a religious order of nuns.

"I was very upset, because while before the distinction (between voting and non-voting members) was between the clergy and laity, now it has become between man and woman," he said.

It wasn't clear if Francis intended to raise the issue of broader participation in the synod by letting Janson vote, or if his role was a one-time anomaly.

Francis took some of the most divisive wind out of the debate before the synod began by passing a new law making it easier for divorced couples to obtain an annulment, a church declaration that their marriage was invalid. That was aimed at answering a complaint by generations of Catholics who have been denied the sacraments because they divorced and remarried outside the church without an annulment.

The synod was about far more than just contentious issues, however, including how the church should provide better marriage preparation to couples and how to encourage families torn by migration, poverty and war to persevere in their faith.

With the debate took place behind closed doors, the public only saw glimpses of the fissures at play and was treated to a parallel synod playing out in the media.

Even before it began, there was the bombshell announcement by a Vatican monsignor that he was a proud, gay priest, had a boyfriend and thought the Catholic Church was homophobic. He was fired.

A few days later there was a leaked letter by 13 conservative cardinals to Francis complaining about synod procedures and warning that the Catholic Church was at risk of collapse if bishops went too far in accommodating the flock.

Midway through, the mudslinging spilled into newsprint when high-ranking cardinals publicly criticized one another. German-speaking bishops made their displeasure official by starting off their final, written set of amendments with a public dressing down of Cardinal George Pell, the Australian who spearheaded the conservative charge.

And this week came the zinger: An Italian news report that Francis had a brain tumor. The Vatican vehemently denied the report and said it was aimed at suggesting that Francis' health - and therefore his authority - was in question.

Bishops briefing the press each day downplayed the divisions, saying differences of opinion were to be expected given the geographic and cultural differences in a global church of 1.2 billion. They said their biggest takeaway was that they would now go back home and listen more to their flock.

That may be what Francis had in mind all along.