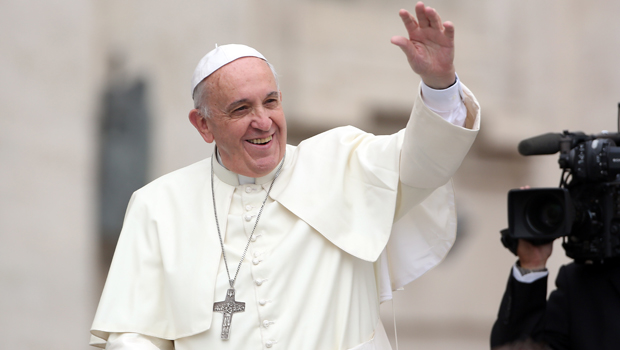 Fresh from having taken on conservatives over Church doctrine in the recent Synod of Bishops, Pope Francis has sided with science on the question of where it all began, reports CBS News correspondent Allen Pizzey.

In a direct contradiction of the beliefs of creationists, Francis said that when we read about creation in Genesis, the first book of the Bible, "We run the risk of imagining God was a magician, with a magic wand able to do everything. But that is not so."

And he heartily endorsed the Big Bang theory that today is considered to be the origin of the universe.

The Big Bang "does not contradict the creative intervention of God," the pope said. "On the contrary, it requires it."

Five centuries ago, Galileo Galilei could have used Pope Francis.

The church branded the astronomer a heretic for arguing that the Earth revolved around the sun.

But times have changed.

Pope Pius XII described evolution as a valid scientific approach to the development of humans and Pope John Paul II went further and suggested evolution was "more than a hypothesis" and "effectively proven fact."

Even the conservative former Pope Benedict XVI said scientific theories on the origin and development of the universe and humans did not conflict with faith, although he said they left many questions unanswered.

The Church reconciliation with science and evolution isn't revolutionary, in the view of Professor Chester Gillis of Georgetown University.

Given his job description, Pope Francis no doubt has an answer to those questions, but interestingly, he's not insisting that you have to take only his word for it.