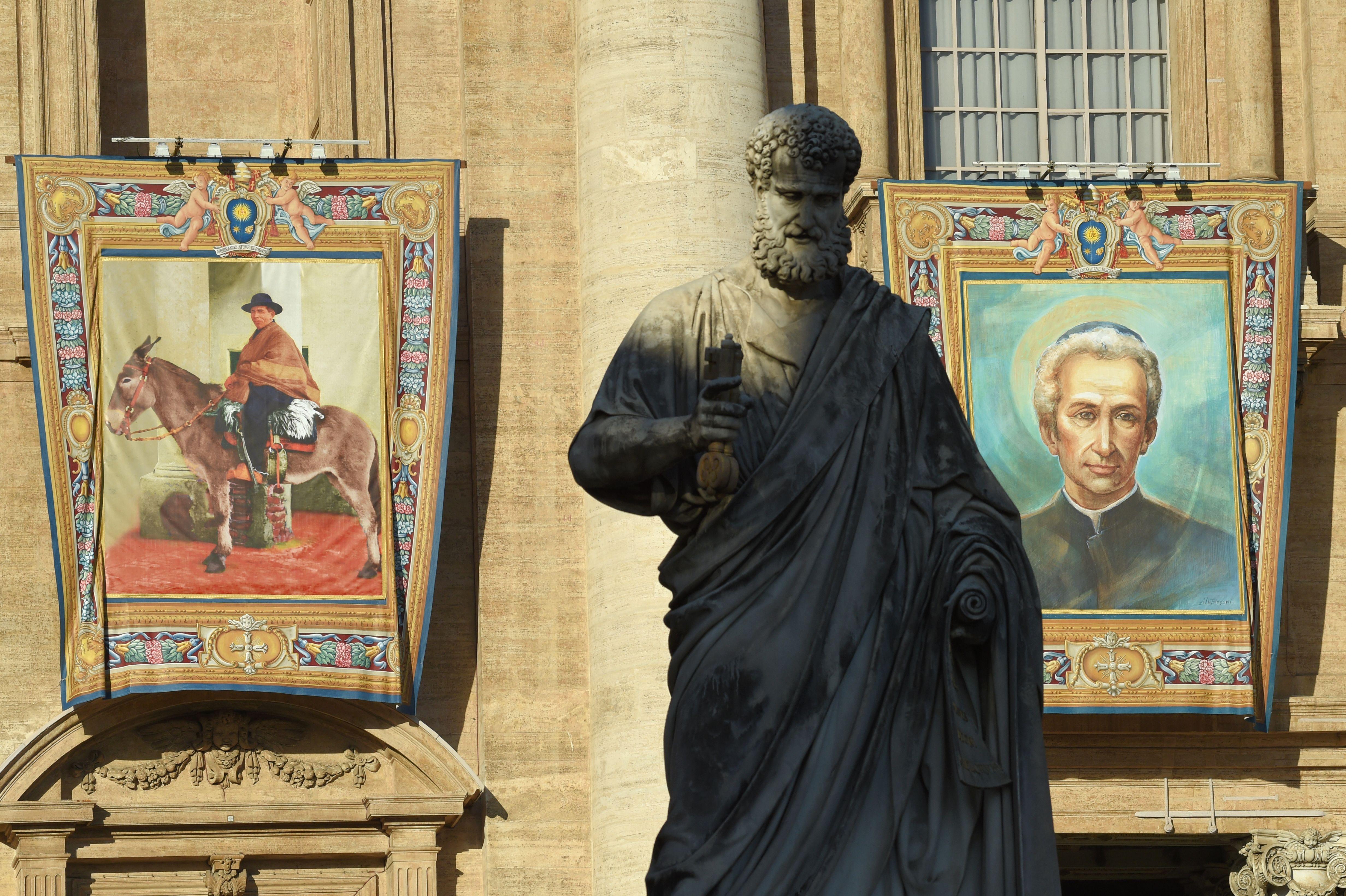 VATICAN CITY - Pope Francis canonized Argentina’s “gaucho priest” Sunday, bestowing sainthood on the poncho-wearing pastor with whom the first Argentine pope shares many similarities, from a taste for mate tea to a dedication to bringing the ministry to even the most isolated people.

Francis honored Jose Gabriel del Rosario Brochero along with six others in a Mass before a crowd of 80,000 in St. Peter’s Square, saying the new saints, “thanks to prayer, had generous and steadfast hearts.”

Born in 1849 in the province of Cordoba, Brochero was one of the most famous Catholics in the Argentina of Francis’ youth. He died in 1914 after living for years with leprosy that he was said to have contracted from one of his faithful.

Brochero was beatified in 2013, after Pope Benedict XVI signed off on a miracle attributed to his intercession. Francis moved Brochero closer to sainthood soon after being elected pope, and cleared him for sainthood earlier this year.

At the time of Brochero’s beatification, Francis wrote a letter to Argentina’s bishops praising Brochero for having had the “smell of his sheep.” That’s a phrase Francis has frequently used to describe his ideal pastor: one who accompanies his flock, walking with them through life’s ups and downs.

“He never stayed in the parish office. He got on his mule and went out to find people like a priest of the street - to the point of getting leprosy,” Francis wrote.

Among the parallels shared by the two Argentines is Brochero’s spirituality, which is deeply rooted in the Jesuit spiritual exercises dear to Francis. Francis, who like Brochero adores his mate tea, has exhorted his pastors to travel to far-flung peripheries to minister to the poor, as Brochero did on his trusty mule Malacara.

Argentinians, many waving flags, made the journey themselves to Rome to see Brochero elevated to sainthood, including Argentine President Mauricio Macri and his wife.

“Our saint, he took all that he had off in order to go ahead and in order to help people, in particular the poor ones, especially in the middle of mountains,” said Patricia Elena Zabala, from Villa Gobernador Galvez in Argentina. “He went there with a mule. That’s why he’s represented riding a mule, going along villages and helping people.”