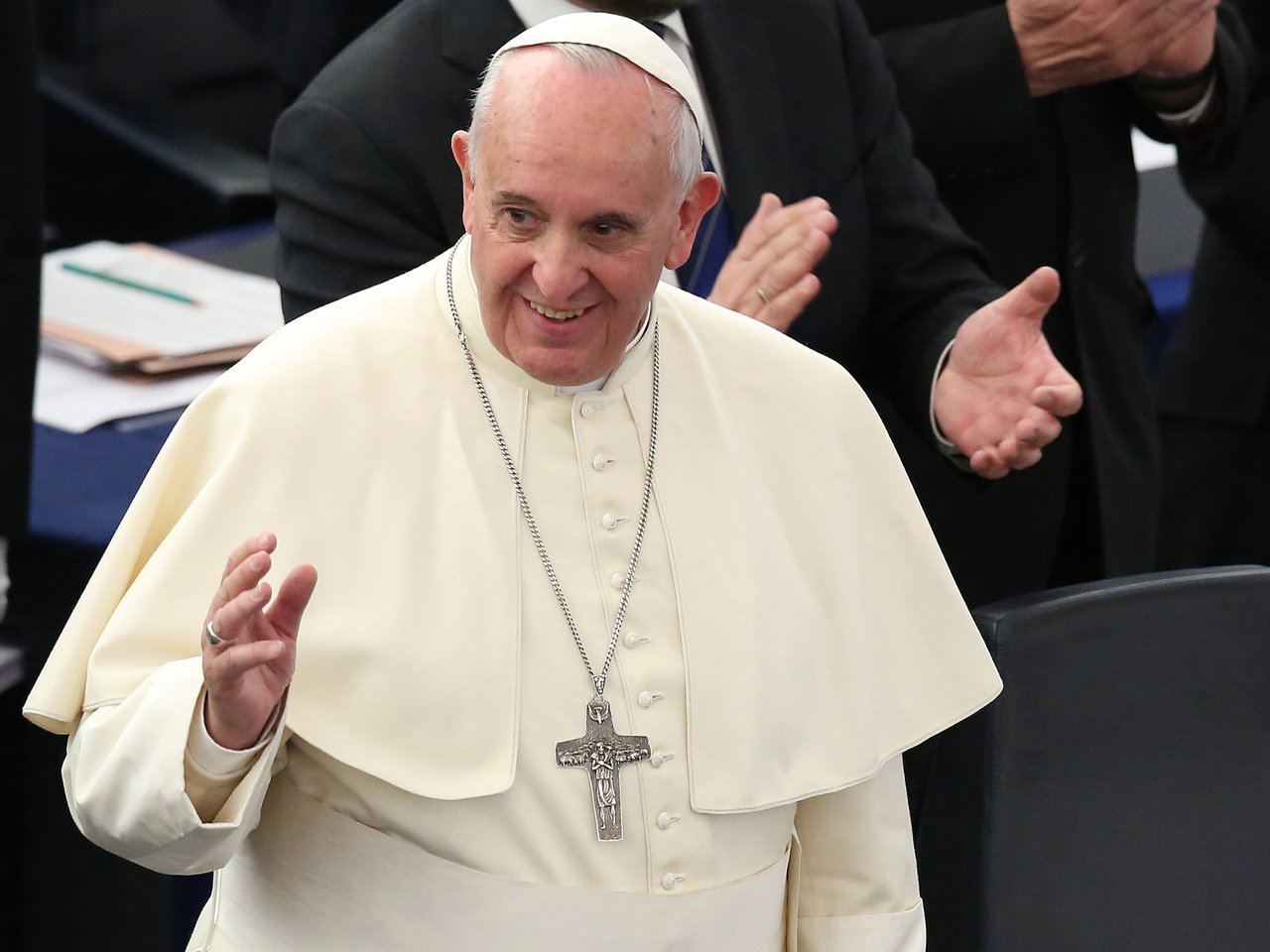 Francis made the comments Tuesday to the European Parliament during a brief visit meant to highlight his vision for Europe a quarter-century after St. John Paul II travelled to Strasbourg to address a continent still divided by the Iron Curtain.

Greeted with a lengthy standing ovation at the start and finish of his speech, Francis said he wanted to bring a message of hope to Europeans distrustful of their institutions, burdened by economic crisis and spiritually adrift in a culture that he said no longer values the dignity of human beings.

"A Europe which is no longer open to the transcendent dimension of life is a Europe which risks slowly losing its own soul," he said.

He called for legislators to promote policies that create jobs and accept immigrants, saying: "We cannot allow the Mediterranean to become a vast cemetery!"

The Argentine Jesuit has frequently spoken out about the plight of migrants seeking a better life in Europe, and travelled to the tiny island of Lampedusa in the summer of 2013 to show solidarity with the thousands of migrants who arrive and to honor those who have died trying. Italy, home of the Vatican, has borne the brunt of the burden of rescuing the migrants, though recently the European Union's border agency stepped in to help.

On Tuesday, Francis warned that the absence of a coherent EU migration policy "contributes to slave labor and continuing social tensions." He said Europe will only be able to confront immigration-related conflict by "enacting adequate legislation to protect the rights of European citizens and to ensure the acceptance of immigrants."