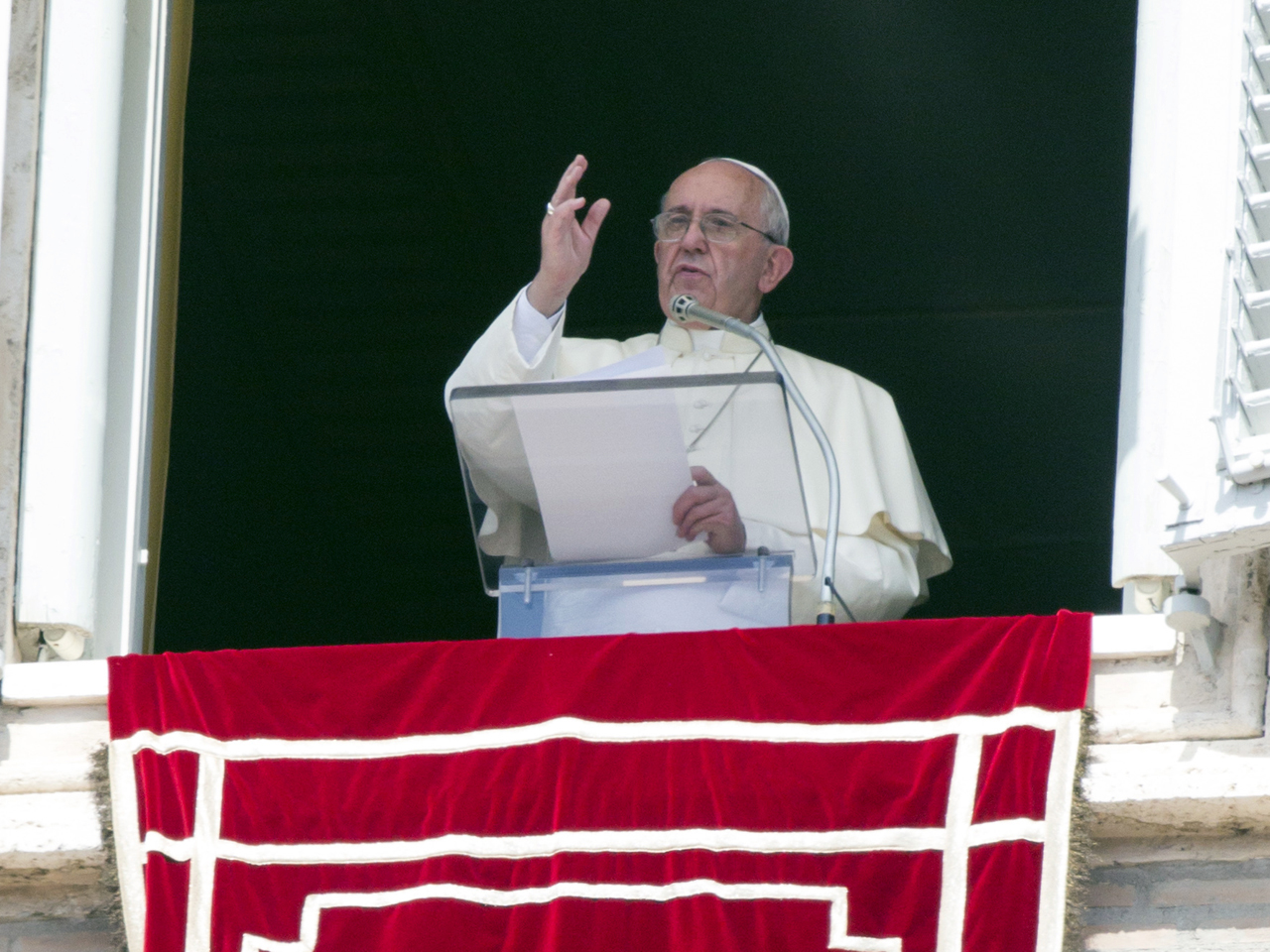 Pope Francis asked the faithful throughout Europe to shelter refugees fleeing "death from war and hunger" on Sunday, as German Chancellor Angela Merkel planned to discuss the migrant crisis with other members of her nation's governing political coalition.

Thousands of migrants -- many of them refugees from war-torn Syria -- arrived in Germany by way of Austria by train, bus and car on Saturday. Most went to Munich, the Bavarian capital, where authorities said some 7,000 people were registered and over half received a bed for the night.

Special trains also took 570 people to the Thuringian town of Saalfeld. More than half of them were taken onward to Dresden, where a school for German army officers has been cleared to provide temporary shelter for 350 newcomers. Other trains brought migrants to Hamburg in the north and Dortmund in the west of the country, while more than 300 people traveled to the capital Berlin on specially chartered buses.

At each stop the migrants were received with cheers, bags of food and toys for the children.

Most Germans have been welcoming of the migrants. But far-right groups have protested their arrival, including in Dortmund overnight.

Authorities estimate that up to 800,000 people could apply for asylum in Germany by the end of the year.

Francis said Sunday that the Vatican's two parishes were taking in two families of refugees. He gave no further details as he addressed tens of thousands of people in St. Peter's Square.

Francis said it was not enough to simply say, "Have courage, hang in there," to the hundreds of thousands of refugees who are on the march toward what he called "life's hope."

"Every Catholic parish, every religious community, every monastery, every sanctuary in Europe should accommodate one family, beginning with my diocese of Rome," Francis said in giving his Sunday Angelus prayer.

CBS News correspondent Charlie D'Agata was with hundreds of refugees aboard a train that pulled into the Austrian town of Nickelsdorf from Hungary on Saturday. Austrian police said 6,000 migrants reached the country Saturday alone.

They'd been stuck in Hungary for days or weeks, and D'Agata says many had run out of food, water and patience long ago.

"Now we are free," one man said. "For five days in Hungary, we were in a very, very bad position."

Austrian Matina Adelsberger said she had seen what was happening to the migrants and had to help.

"I'm so happy they could be here, and we could give them something to eat, and that they see they are welcome here," Adelsberger told CBS News.

A welcome that included warm clothes for Kisam Zukari's daughters, who haven't had much reason to smile since they fled the Syrian city of Latakia.

Among the volunteers: Syrian refugee Lohi al Hussein, who made that same perilous journey himself a few months ago.

"Austria is very nice, very good country," al Hussein said. "I like it, really. I want to stay here."

In France, meanwhile, Interior Minister Bernard Cazeneuve said in a statement Sunday that several dozen mayors had offered to help in recent days, and convened a national meeting to organize refugee housing on Sept. 12.

France is trying to speed up the process for seeking asylum and to better welcome refugees, as the numbers coming to Europe this year have soared. Many asylum seekers in France have no place to live and sleep in make-shift camps, from Paris to Calais.