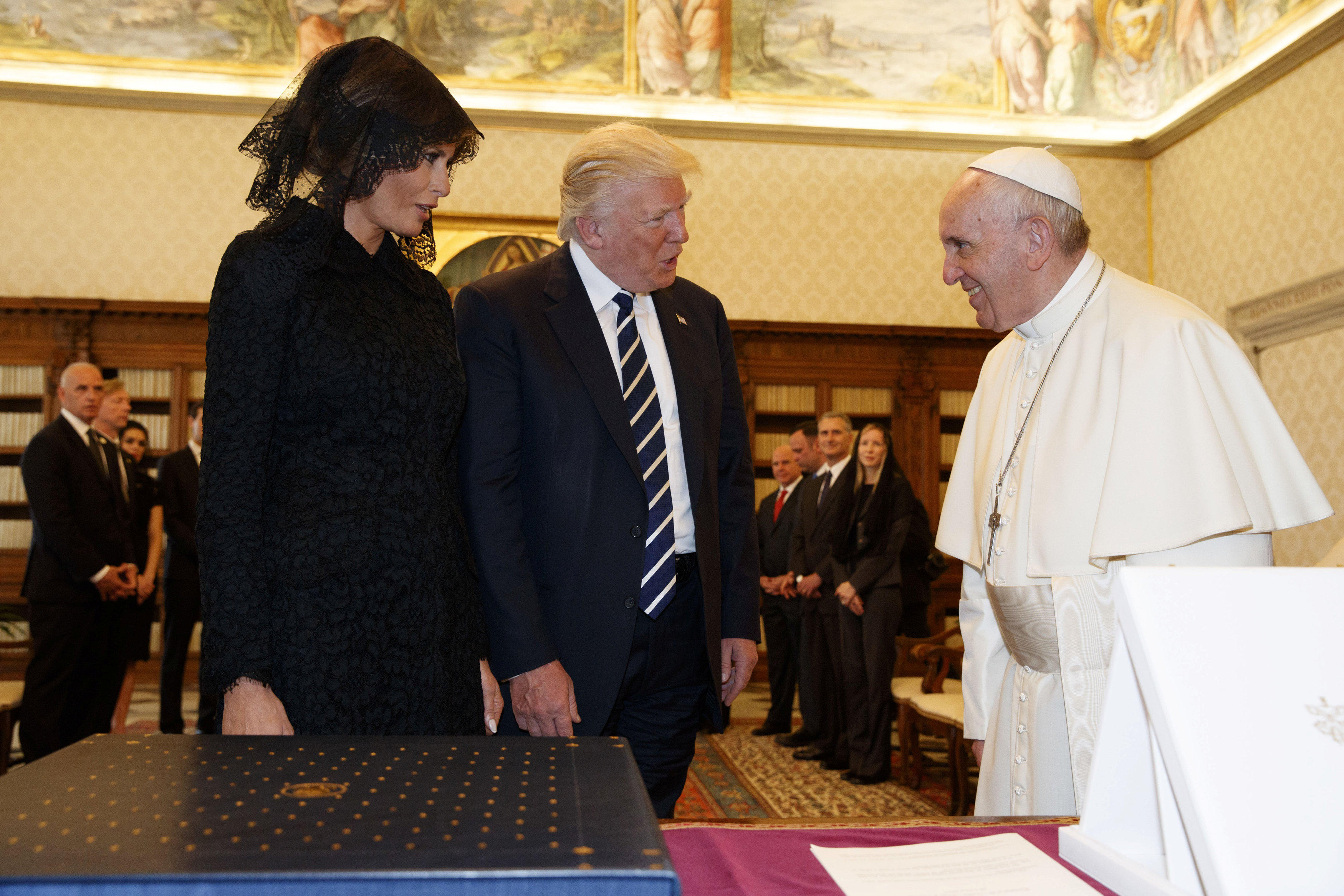 BIZELJSKO, Slovenia — Thanks to Pope Francis and the U.S. first lady, a traditional Slovenian dish is hitting the headlines.

As Melania Trump approached and shook hands with the pontiff on Wednesday, Francis asked in Spanish through his interpreter and pointed toward President Donald Trump: "What do you give him to eat? Potica?"

She looked puzzled at first, as did reporters, apparently thinking the pope was talking about pizza.

But then the first lady seemed to understand that he meant potica (pronounced paw-tee'-tzah).

Slovenia's public broadcaster carried the news on its website in its entertainment section. RTV Slo reported that the pope is a fan of Slovenia's potica and that he regularly asks visitors from Slovenia about the roll cake.

Potica is a typical highly nutritious Slovenian festive strudel with nuts, poppy seeds, cottage cheese, chocolate, tarragon, leek or honey fillings. It has been prepared for more than 200 years in earthenware baking-dishes or directly in ovens.

Zdravka Balon, a restaurant owner in the small Slovenian town of Bizeljsko not far from Melania's hometown of Sevnica, said that potica "is probably the most traditional Slovenian dish" besides "Kranjske" sausages.

"It was traditionally served during Christmas or Easter," she said, adding that after losing some appeal, new versions are topped with chocolate and other additions.

Melania Trump, born Melanija Knavs, left Slovenia in her 20s to pursue an international modeling career. The last time she is believed to have visited her native country was in July 2002, when she introduced Donald Trump to her parents at the lakeside Grand Hotel Toplice in the resort town of Bled over a meal.