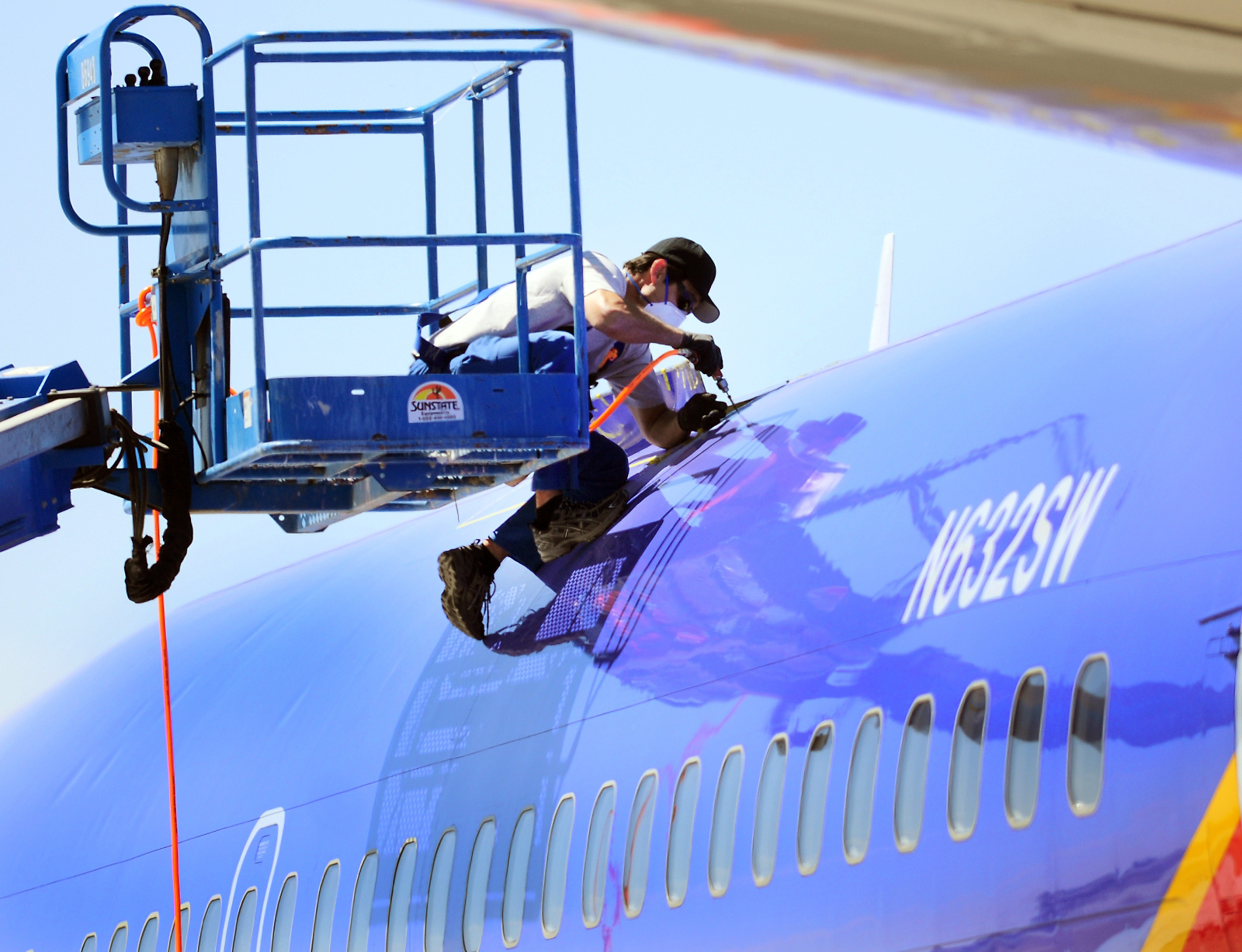 CHICAGO — The CEO of Boeing Co. says a "workmanship issue" and not poor design led to a hole ripping open in a plane that the company built for Southwest Airlines Co.

CEO Jim McNerney said Wednesday that signs do not point to a problem affecting large numbers of the Boeing 737.

A Boeing 737 operated by Southwest developed a 5-foot rip in the roof while cruising 34,000 feet above Arizona on an April 1 flight.

Federal investigators found problems with riveting work done when the plane was built 15 years ago. The National Transportation Safety Board said in a preliminary report this week that holes drilled in the plane's skin were too big for the rivets and were not properly lined up.

McNerney was asked on a conference call Wednesday what the company had learned about the Southwest jet.

"The initial data that I think we're all seeing is suggesting a possible workmanship issue on an airplane rather than a design issue across a fleet of airplanes," McNerney said. He emphasized the word "an" to downplay any suggestion of a wider problem.

John Goglia, an aircraft maintenance expert and former safety board member, said if the problem were confined to one plane, "that would be good news for the industry, but I don't think we can say that with confidence yet."

After the Southwest incident, Boeing told airlines to immediately inspect nearly 200 other 737s that were built with a similar design to the one that cracked open above Arizona, including about 80 owned by Southwest.

Most of those inspections have been done. Southwest found five other planes with cracks, but no other airlines have discovered problems, according to Boeing and government officials.

McNerney said the findings with the Arizona jet stood out, even from other planes that also had cracks. Boeing has collected pieces of several of the planes, and McNerney said the company's own examination was continuing.

The affected Southwest planes were all built from 1994 to 1996 at the same Boeing factory. Boeing says later models of the 737, starting around 2000, have a different design in which aluminum panels overlap on the roof and should not be prone to the same cracking problem.

The Federal Aviation Administration ordered that some older Boeing 737s undergo inspections every 500 flights to detect the type of cracking found in the Southwest planes. FAA Administrator Randy Babbitt said Wednesday that the agency isn't considering additional requirements for airlines or airplane makers right away and prefers to let the accident investigation run its course.

Initial speculation centered on the cracks coming from Southwest using its planes more frequently than other airlines. The focus of the investigation shifted recently to the manufacturing process.