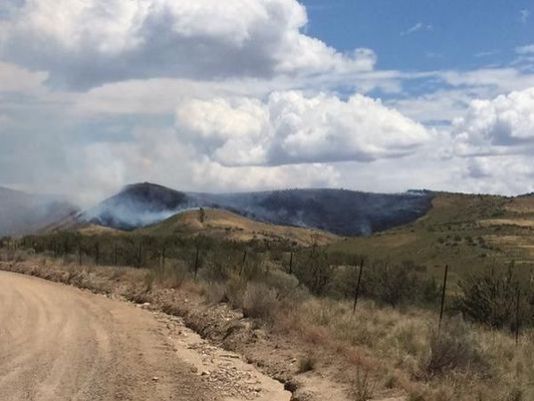 BOISE, Id. -- When a mountain biker riding through the foothills of Boise, Idaho had to use the bathroom, there wasn't one nearby. So his solution was to go down to a ravine and take care of business there.

The consequences ended up being pretty dramatic.

The Idaho Bureau of Land Management spokeswoman Carrie Bilbao told CBS News the cyclist was responsible for the fire that burned 73 acres of brush and grass in the foothills when he set his toilet paper on fire to try and dispose of it. When a spark got away, he tried to thump it out, but it was too late.

"We got kind of lucky because we didn't have a lot wind on that day," she said.

Bilbao explained that some people who go to the bathroom in the woods will set their toilet paper on fire so they aren't littering.

"I think he thought he was doing the environmental thing," she said.

The cyclist came forward right away. He told investigators burning toilet paper is actually something his grandfather taught him. However, Bilbao said, given the dry conditions of the foothills, it is not advised to light anything on fire.

No one was injured in the fire nor were there any structures damaged.

Bilbao explained the hills have a series of bike trail systems and is a high recreational use area. While some people will light their toilet paper to dispose of it, this isn't a common occurrence, she said.

"We don't get many fires like this, maybe once every 10 years," she said.

Fire officials responded and it was contained by that night.

The cyclist was cited for causing a fire and could be fined up to $250. According to Bilbao, he may also have to pay fire-fighting costs.