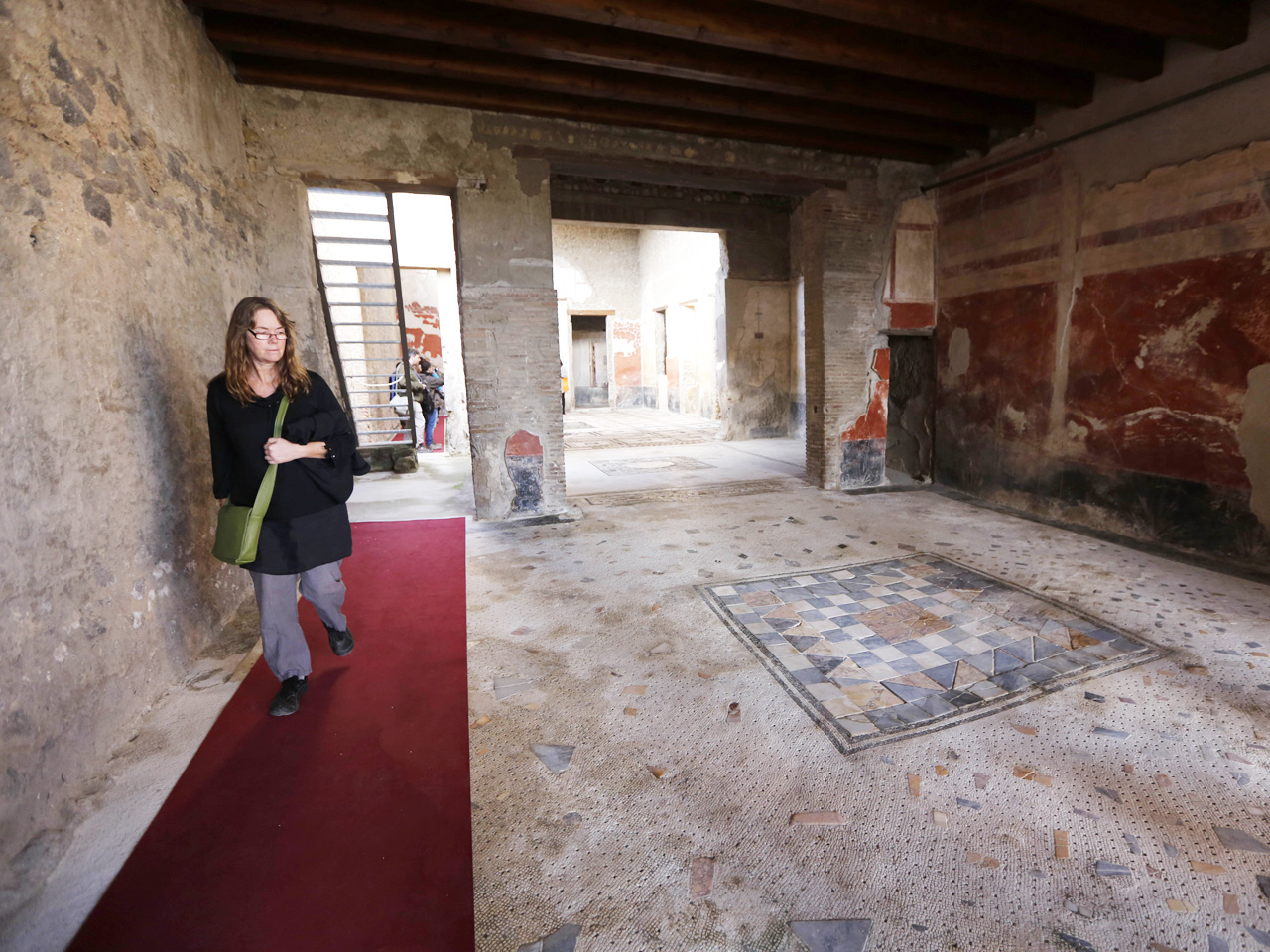 ROME -- Tourists in ancient Pompeii have freshly-restored marvels to admire, including a merchant's luxuriously decorated home and a more modest middle-class dwelling.

A business where Pompeii residents brought fabrics to be cared for and a structure with thermal bathing areas are also among the six buildings opened to the public Thursday.

Pompeii in recent years has been plagued by labor disputes that locked out tourists and the collapse of some ruins, with funding chronically short for maintenance.

Thieves also struck, stealing a chunk of an ancient fresco of the Greek goddess Artemis in the "Home of Neptune."

But Premier Matteo Renzi expressed optimism at the unveiling of restored ruins in the city destroyed in 79 by a volcanic eruption. He says "We made news with the collapses, now we are making news with restoration."

Well-preserved mosaic tiles and vividly-hued frescoes are in the restored sites in the sprawling ruins near Naples.