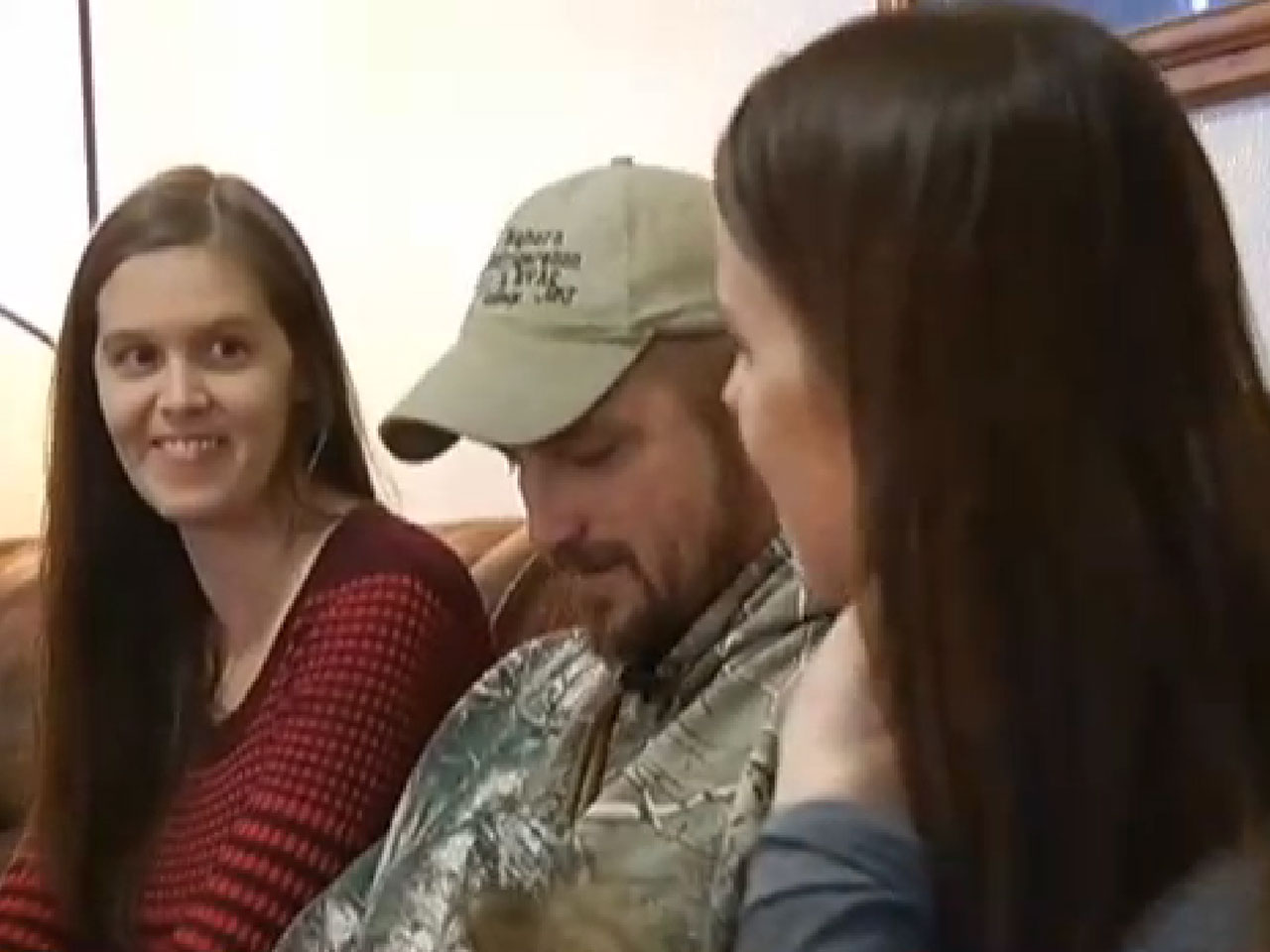 HELENA, Mont. - A Montana man said Wednesday that he was inspired by last week's U.S. Supreme Court decision legalizing gay marriage to apply for a marriage license so that he can legally wed his second wife.

Nathan Collier and his wives Victoria and Christine applied at the Yellowstone County Courthouse in Billings on Tuesday in an attempt to legitimize their polygamous marriage. Montana, like all 50 states, outlaws bigamy - holding multiple marriage licenses - but Collier said he plans to sue if the application is denied.

"It's about marriage equality," Collier told The Associated Press Wednesday. "You can't have this without polygamy."

County clerk officials initially denied Collier's application, then said they would consult with the county attorney before giving him a final answer, Collier said.

Officials at the clerk's office did not have an immediate comment, and Yellowstone County Attorney Scott Twito did not return a call for comment.

The Supreme Court's ruling on Friday made gay marriages legal nationwide. Chief Justice John Roberts said in his dissent that people in polygamous relationships could make the same legal argument that not having the opportunity to marry disrespects and subordinates them.

Collier, 46, said that dissent inspired him. He owns a refrigeration business in Billings and married Victoria, 40, in 2000. He and his second wife, Christine, had a religious wedding ceremony in 2007 but did not sign a marriage license to avoid bigamy charges, he said.

Collier said he is a former Mormon who was excommunicated for polygamy and now belongs to no religious organization. He said he and his wives hid their relationship for years, but became tired of hiding and went public by appearing on the reality cable television show "Sister Wives."

CBS affiliate KTVQ first interviewed the couple back in January when they appeared on TLC.

KTVQ reports that as the two filled out their marriage application they were met with questions.

"There's a spot on there where you put the dissolution date of your previous marriage and we put not applicable," said Christine Collier.

Some employees at the courthouse were even caught off guard.

"So, are you legally married, you didn't get divorced?" asked one clerk.

"We're not even asking for acceptance, we're just asking for tolerance. Let us live our lives together without fear," said Nathan Collier.

The three have seven children of their own and from previous relationships.

"My second wife Christine, who I'm not legally married to, she's put up with my crap for a lot of years. She deserves legitimacy," he said.

"It's two distinct marriages, its two distinct unions, and for us to come together and create family, what's wrong with that?" said Christine. "I don't understand why it's looked upon and frowned upon as being obscene."

Collier said he sent an email asking the ACLU of Montana to represent him in a possible lawsuit. ACLU legal director Jim Taylor said he has not seen the request.

Taylor said he has no opinion on Collier's claims, though the Supreme Court decision on gay marriage "is about something very different."

Anne Wilde, a co-founder of the polygamy advocacy organization Principle Voices located in Utah, said Collier's application is the first she's heard of in the nation, and that most polygamous families in Utah are not seeking the right to have multiple marriage licenses.

"Ninety percent or more of the fundamentalist Mormons don't want it legalized, they want it decriminalized," Wilde said.

The state has appealed the ruling, and the case is pending in the 10th U.S. Circuit Court of Appeals.

Wilde said most polygamous families are satisfied with the judge's ruling and believe taking it further to include multiple marriage licenses would bring them under the unwanted jurisdiction of the government.

But she said the Supreme Court's decision on gay marriage should strengthen their chance of winning the appeal.

"We hope the Supreme Court decision will show the direction the nation is going," she said. "It's more liberal, it's more understanding about people forming the families the way they want."