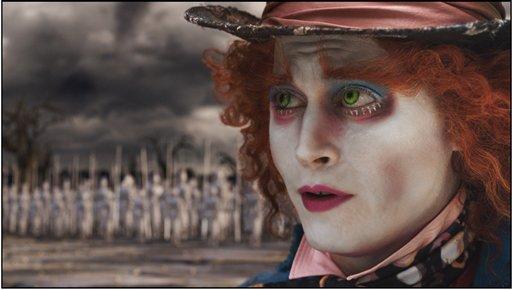 How can people believe something that isn't true?

A significant number of Americans say Saddam Hussein was personally involved in the September 11, 2001 terrorist attacks on the World Trade Center and the Pentagon.

That number rose above 50 percent in the run-up to the war in Iraq in 2003. While that belief has since declined somewhat, for many Americans it still exists. In the latest CBS News/New York Times Poll 33 percent said they believe Saddam was personally involved in the 9/11 attacks.

As has been repeated over and over, there was and is no evidence of any such link. So why do so many people believe something that just isn't true?

One reason might be related to the amount of time a person spends following news, something related to education and gender. Forty-four percent of those with a high school education or less say Saddam was personally involved in 9/11, while just 20 percent of college graduates say so. Thirty-eight percent of women think he was part of the attack, compared with 27 percent of men.

Another reason could involve feelings about the Iraq war itself, and the importance of reducing cognitive dissonance. The Iraq War has become a partisan issue - three in four Republicans say going to war was the right thing to do, while three in four Democrats say it was not. Nearly half of those who now say the Iraq war was the right thing to do connect 9/11 with Saddam. Consequently, 40 percent of Republicans believe Saddam was involved in 9/11, while just 27 percent of Democrats do.

Bringing down Saddam remains the key accomplishment of the war, according to the public, and those who support the war are more likely to believe this and to credit Saddam with a role in 9/11. Doing so, after all, gives them another justification for the war they support. Opponents of the war don't have the same reason to blame Saddam.

Among Republicans, blaming Saddam is also related to the vote choice of those who say they plan to participate in a Republican primary or caucus next year. Those who support Rudy Giuliani and Fred Thompson are more likely than those who support John McCain and Mitt Romney to link Saddam with 9/11.

But finally, the belief in what isn't true brings us back to the quality of information - to where it comes from and how it is perceived. Norbert Schwarz, a psychology professor and researcher at the University of Michigan's Institute for Social Research, has conducted research (reported in this Washington Post article) that suggests that some people who are told something is false may actually remember it as being true. He measured the misperception within 30 minutes of the receipt of the information, and found that misperceptions may actually become stronger over time.

Apparently, linking one idea with another, even when it starts with a negative link, can reinforce the association between the two ideas. Howard Schuman, a University of Michigan professor emeritus and an expert in formulating polling questions, wrote in the American Association for Public Opinion Research's member listserve about a phenomenon he observed in a Detroit-area study some years back. The Metropolitan Detroit cross-section sample was asked to identify "Joe McCarthy," he wrote. Here were some of the verbatim answers:

Senator Joe McCarthy, of course, made a name for himself accusing other people of being communists.

Schuman called this inversion. "Inversions," he wrote, "indicate that people (no doubt including ourselves) often remember or learn an association between two elements, but are at best vague as to its original nature."

Inversion is not the same as getting something "wrong." Years ago, in a CBS News/New York Times poll, one respondent said he know where El Salvador was - "in Louisiana, near Baton Rouge." And Schuman reported one respondent's characterization of the Tet Offensive in the Vietnam War, a response that he said was "altogether convincing." It was: "The line in football where you have three backs and you split a wide receiver to the right. A handoff to the running back."

Certainly, for many people, linking Saddam with 9/11 may be a case of inversion. For others, it may be wishful thinking to justify their current position on the Iraq war. Either way, it has been part of the belief system of about one-third of the country for many years, and that perception shows no sign of disappearing.
By Kathy Frankovic

The Truth Of Truthiness