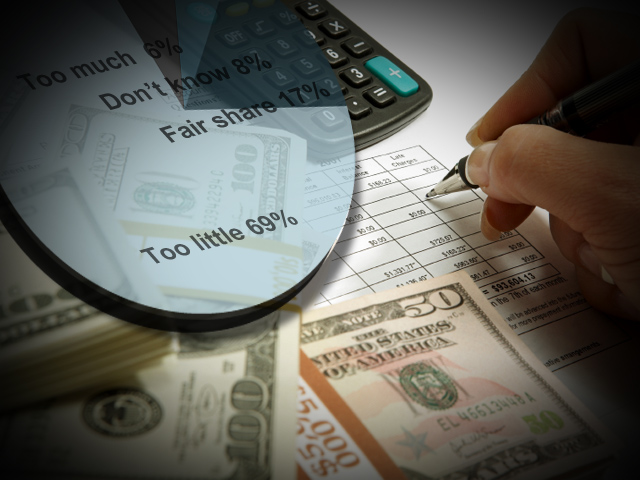 The latest CBS News poll shows a two-thirds majority of Americans support raising the taxes of households with incomes of $1,000,000 or more - which President Obama and some Democrats in Congress have proposed. Support for the "millionaire's tax" rises as high as 83 percent among Democrats, and while 54 percent of Republicans oppose it, four in ten think tax increases for these upper income households are a good idea.

Even more affluent Americans support raising taxes for millionaires: 60 percent of those with incomes of $100,000 or more think that should be done.

At the same time, just 25 percent of Americans overall think doing so will lead to more jobs, which has been a priority for the public for many months.

Whether the goal is to reduce the federal budget deficit, provide health insurance for those without, or even for no specific reason, there is a history of support in public opinion polls for higher taxes for the most affluent Americans.

In general, polls have shown that many Americans think the rich just don't pay their fair share in taxes. A CBS News/New York Times Poll conducted in 1985 found 69 percent felt that "people who have more money than you" were paying too little in taxes - while they themselves were paying their fair share (51 percent) or even too much (45 percent).

In a 2009 CBS News/New York Times poll in which tax increases for wealthier households were proposed in order to improve access to health care and provide tax cuts for those with lower incomes, 74 percent supported the idea (23 percent did not).

More recently, majorities have said that taxes for households with incomes of $250,000 or more should be raised in order to lower the nation's budget deficit.

And in early 2008, before the economy went into recession, 58 percent thought it was a good idea to raise taxes for the wealthy in order to pay for "new government programs and tax cuts for those making less money."

When it comes to taxes, the public may be more reluctant to repeal something that already exists. When asked a year ago, in a very differently-worded question, whether the 2001 tax cuts signed into law by President George W. Bush should be allowed to expire for households earning $250,000 or more, a November CBS News Poll found nearly half, 49 percent, thought that was a good idea -- but nearly as many, 44 percent, thought it was a bad idea.

Sarah Dutton is the CBS News director of surveys.