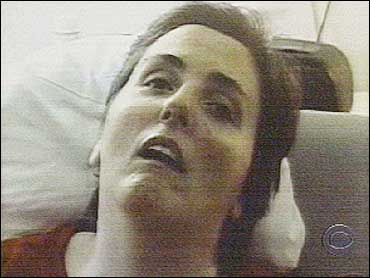 About seven in 10 Americans say Congress inappropriately intervened in the case of a brain-damaged woman whose relatives disagree over whether she should be allowed to die, according to a new poll.

About six in 10 said they agreed with the decision by a Florida judge to remove the feeding tube from 41-year-old Terri Schiavo, according to two polls out Monday.

Her husband wants her taken off life support after more than 14 years in which she has lived in a vegetative state. But her parents want her kept alive in case she responds to treatment someday.

Congress voted to shift her case into federal court for review after a state judge in Florida decided that her feeding tube should be removed. President Bush rushed back from a vacation in Texas to sign the emergency legislation.

About two-thirds in an ABC News poll said the political leaders who are trying to keep Schiavo alive are more concerned with using her case for political advantage than with her or the principles involved in keeping her alive. Some Republicans have suggested keeping Schiavo alive would be politically popular with their conservative base.

Almost that many in a CNN-USA Today-Gallup poll, nearly six in 10, said they think the feeding tube should be removed and felt they would want to remove it for a child or spouse in the same condition.

Schiavo suffered brain damage in 1990 when her heart stopped briefly. She can breathe on her own but has relied on the feeding tube to keep her alive.