Of all the very information that came out of the recent CBS News/New York Times poll, one question stuck out, that of taxes.

Of people who support the grassroots, "Tea Party" movement, only 2 percent think taxes have been decreased, 46 percent say taxes are the same, and a whopping 44 percent say they believe taxes have gone up.

Those answers must frustrate the president who has highlighted its tax cuts for the middle class in almost every speech. 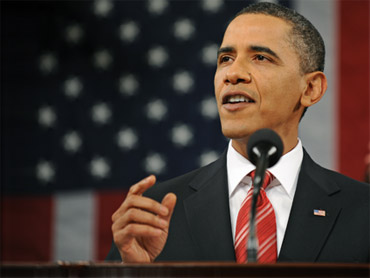 (CBS, Washingtonpost.com)
In his State of the Union address, President Obama said that as part of their economic recovery, his administration has passed 25 different tax cuts.

In his Super Bowl Sunday interview with Katie Couric, he touted the tax cuts in the stimulus package: "we put $300 billion worth of tax cuts into people's pockets so that there was demand and businesses had customers."

He went on: "Is it part of the frustration, of course, 95 percent of working people in this country saw their taxes cut last year, but apparently only 12 percent felt it."

Gibbs later said that many Americans may have seen any federal tax cuts offset by an increase in state taxes. "What happens at a federal level and state level, both of those are felt by individuals on the ground," he said.

He went on to say that the tax cuts were structured to achieve the biggest economic impact, namely a smaller dollar amount stretched out over a longer period of time. Gibbs said the White House economic team decided that tax cuts were better for the economy than simply a one-time check of $350 that most people would put into savings rather than spend it. Referencing the poll results, he joked that the selling of the tax cuts could have been done differently -- "obviously, the marketers got kicked out of that meeting."

If so many tax cuts were passed, why have so few Americans actually noticed them?

Possibility 1 – the tax cuts were expansive, but small.

While the majority of the tax cuts, passed last February, affected 95 percent of working families, when they took affect by April of 2009, the monetary value was not too large -- most families saw about $70 more in take home pay every month. Individual workers saw about $13 more a week.

Any tax relief is still relief, but many Americans may not have felt that the tax cuts had much impact.

Possibility 2 – the talk of raising taxes in the future clouded the landscape.

In his 2011 budget, the president has already made it clear that his administration wants to end the Bush–era tax cuts for wealthier families, set to expire next year. So it could be that people see that move as a tax hike already.

Either way, it's another example of White House messaging that isn't reaching through to most Americans.

More on the CBS News/NYT Polls:
Overview of all the New Polls
Poll: Economy Brings Down Obama's Job Approval Rating
Poll: Who Are the Tea Partiers?
Poll: 70 Percent Angry or Dissatisfied with Washington
Support for Gays in the Military Depends on the Question
CBS News Poll Database