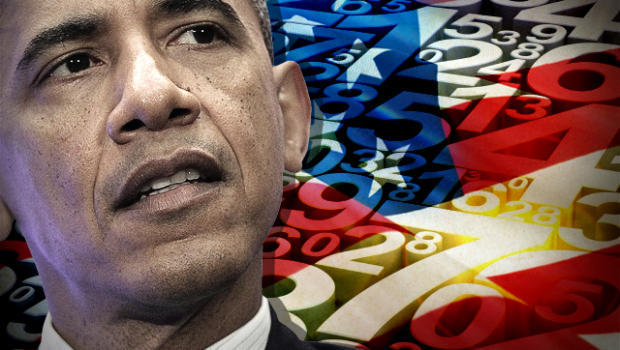 President Obama's job approval rating has plunged to the lowest of his presidency, according to a new CBS News poll released Wednesday, and Americans' approval of the Affordable Care Act has dropped it's lowest since CBS News started polling on the law.

Thirty-seven percent now approve of the job Mr. Obama is doing as president, down from 46 percent in October -- a nine point drop in just a month. Mr. Obama's disapproval rating is 57 percent -- the highest level for this president in CBS News Polls.

A rocky beginning to the opening of the new health insurance exchanges has also taken its toll on how Americans perceive the Affordable Care Act. Now, approval of the law has dropped to 31 percent - the lowest number yet recorded in CBS News Polls, and a drop of 12 points since last month. Sixty-one percent disapprove (a high for this poll), including 46 percent who say they disapprove strongly.

More than a month after the health care exchanges opened, just one in 10 Americans think the sign-up for the exchanges has been going well. Instead, more than two-thirds think it's not going well - including seven in 10 of those who have looked up information on the exchanges themselves.

And just a third of Americans are confident that the federal government's healthcare website - HealthCare.gov - will be fixed by the December 1st deadline set by the Obama administration.

Just seven percent of Americans think the Affordable Care Act is working well and should be kept in place as it is. Far more, 48 percent, think there are some good things in the law, but changes are needed to make it work better, and another 43 percent think the law needs to be repealed entirely.

The president's overall job approval rating has declined among many demographic groups since last month, including independents (a 12-point drop), men (down 9 points), and women (a 10-point drop). More women now disapprove than approve of the job Mr. Obama is doing as president.

When compared to recent two-term presidents, President Obama's approval rating is similar to that of George W. Bush at this point in his presidency, but lower than the ratings of both Bill Clinton (58 percent) and Ronald Reagan (65 percent). In November 2005, 35 percent of Americans approved of the job President Bush was doing. That number mostly declined over the rest of his term, hitting a low of 20 percent in October 2008.

President Obama has also taken a hit on views of his honesty. During the presidential campaign last fall, 60 percent of voters said Mr. Obama was honest and trustworthy, but just 49 percent of Americans think that today.

The Parties in Congress

Both major parties in Congress are viewed negatively. Just 26 percent of Americans approve of how the Democrats in Congress are doing their job, down five points from last month and the party's lowest approval measure since January 2012. At the same time, only 21 percent approve of the job congressional Republicans are doing, and 73 percent now disapprove -- a slight drop from last month.

This poll was conducted by telephone November 15-18, 2013 among 1,010 adults nationwide. Data collection was conducted on behalf of CBS News by Social Science Research Solutions of Media, Pa. Phone numbers were dialed from samples of both standard land-line and cell phones. The error due to sampling for results based on the entire sample could be plus or minus three percentage points. The error for subgroups may be higher. Interviews were conducted in English and Spanish. This poll release conforms to the Standards of Disclosure of the National Council on Public Polls.