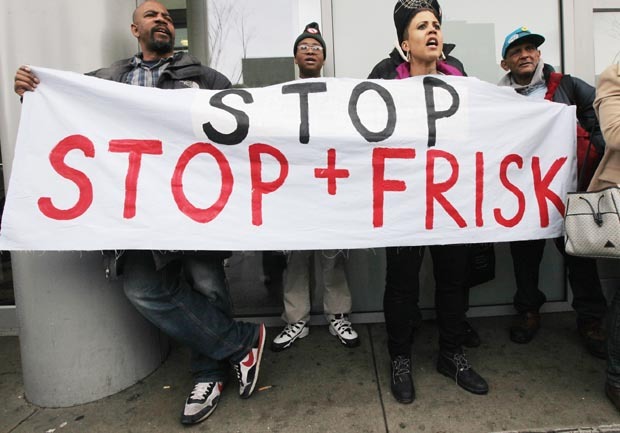 The NYPD stopped close to 700,000 people on the street last year. Nearly 87 percent were black or Hispanic, and about half were frisked. About 10 percent were arrested.

Mayor Michael Bloomberg argues that the program is an indispensable tool in the fight against illegal guns. But critics argue the practice unfairly targets minorities.

Overall approval for stop and frisk was at 45 percent, while disapproval was at 50 percent. Some 64 percent of voters said they approve of Police Commissioner Raymond Kelly's job performance. His approval among whites was at 77 percent, while among blacks, it was at 51 percent.

The random survey of 1,298 city voters was conducted by telephone from Aug. 8 to Aug. 12. It has a margin of error of plus or minus 2.7 percentage points.

"See, you have to walk in my shoes to understand when I say that stop and frisk is needed," Rowe-Adams said. "Maybe if they would have stopped and frisked those kids who shot my two kids, maybe they would still be alive."

Some critics say the program is broken and abused. Rowe-Adams said that doesn't mean the policy, in theory, is ineffective.

"That program, if it's broken, it needs to be fixed by community leaders," she said. "And they need to sit at the table and help fix it. But we certainly don't need to stop it."