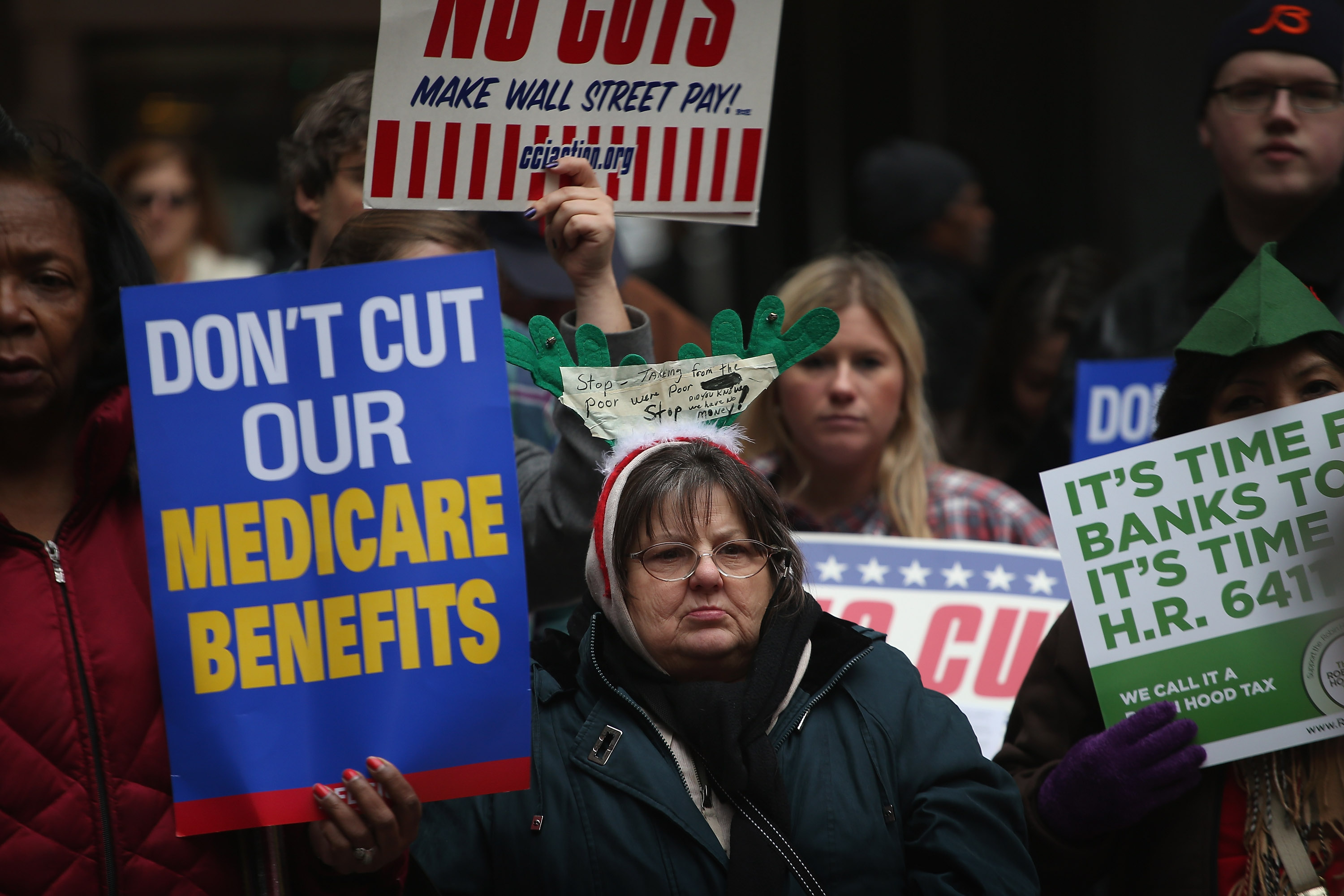 WASHINGTON -- A growing number of Americans age 40 and older think Medicare should cover the costs of long-term care for older adults, according to a poll conducted by the Associated Press-NORC Center for Public Affairs Research.

That option is unlikely to gain much traction as President Donald Trump's administration and Republicans in Congress look to cut the federal budget and repeal President Barack Obama's 2010 health care law. Most older Americans mistakenly believe they can rely on Medicare already for such care, the poll shows, while few have done much planning for their own long-term care.

Things to know from the AP-NORC poll of older adults:

MOST WANT MEDICARE TO PAY

More than half of older Americans - 56 percent - think the federal government should devote a great deal or a lot of effort to helping people with the costs of long-term care, and another 30 percent think it should make a moderate effort to do so.

But just 25 percent would favor requiring individuals to purchase long-term care insurance, perhaps echoing opposition to the individual mandate to buy insurance that has long been the least popular part of the 2010 health care law.

The poll suggests many Americans have misconceptions about current government aid to pay for living assistance. Fifty-seven percent plan to rely on Medicare quite a bit or completely for their own ongoing living assistance if and when they need it, even though Medicare does not cover most nursing care or home health aides. Just 25 percent plan to rely on Medicaid. Medicaid is much more likely to pay for long-term care, but is only available to lower income and disabled individuals and families.

Two-thirds of Americans age 40 and up say they've done little or no planning for their own long-term care needs. In fact, the survey shows that if anything, older Americans feel less prepared for the costs of care than they have in recent years. Just 15 percent say they're very or extremely confident that they'll have the financial resources they need to pay for any ongoing living assistance, down from 27 percent who said so in 2013.

Just a third have set aside money to pay for nursing care or home health aides, less than half have talked to their families about their preferences for receiving long-term care and most have not created a living will or advance treatment directive.

They're not just feeling personally unprepared. Two-thirds of older Americans think the country as a whole is not ready for the rapid growth of the older adult population over the coming decades.

Most of those with experience either providing or receiving care say that it was provided in the home, usually by a friend or family member rather than a paid health aide. And among those who think a friend or family member will need living assistance in the next five years, most anticipate being at least partially responsible for providing that care. But just as most have done little preparation for their own care needs, just 12 percent feel very well prepared to provide long-term care, while another 56 percent feel somewhat prepared.

Two-thirds of older Americans say they are confident in being able to rely on their own families for support as they age. But those with lower incomes are less likely than those with higher incomes to have quite a bit of confidence in help from family members, 59 percent to 74 percent.

Just 20 percent of older Americans think family members should have a large responsibility to help their older relatives pay for long-term care.

The survey was conducted March 2-29 by The Associated Press-NORC Center for Public Affairs Research, with funding from the SCAN Foundation.

It involved interviews in English and Spanish with 1,341 people aged 40 and older nationwide who are members of NORC's probability-based AmeriSpeak panel, which is designed to be representative of the U.S. population. Results from the full survey have a margin of sampling error of plus or minus 2.2 percentage points.