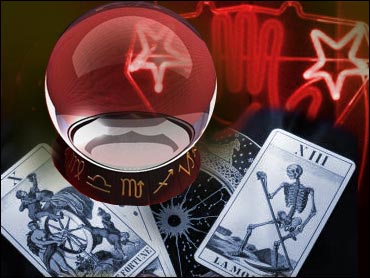 A majority of Americans - 57% - say they believe in psychic phenomena such as ESP (Extra Sensory Perception), telepathy or experiences that can’t be explained by normal means.

Just over a third, however, do not think such phenomena occur. But the number of believers has declined somewhat over the years. In 1989, when CBS News last polled on the subject, 64% of the public said they believed in psychic phenomena; 26% said they did not.

There are some demographic differences. Americans age 65 and over are most skeptical about ESP, telepathy and other like experiences. Those age 65 and over do not believe in the paranormal by 47% to 32%. By 62% to 31%, those under 65 think psychic phenomena take place.

DO YOU HAVE ESP?

Even though an equal number of men and women think psychic phenomena happen (57%), more women than men say they have experienced phenomena such as telepathy or ESP. 20% of women admit to having an experience compared to 13% of men.

This poll was conducted among a nationwide random sample of 861 adults, interviewed by telephone February 24-26, 2002. The error due to sampling for results based on the entire sample could be plus or minus three percentage points. Sampling error for subgroups may be higher.size>