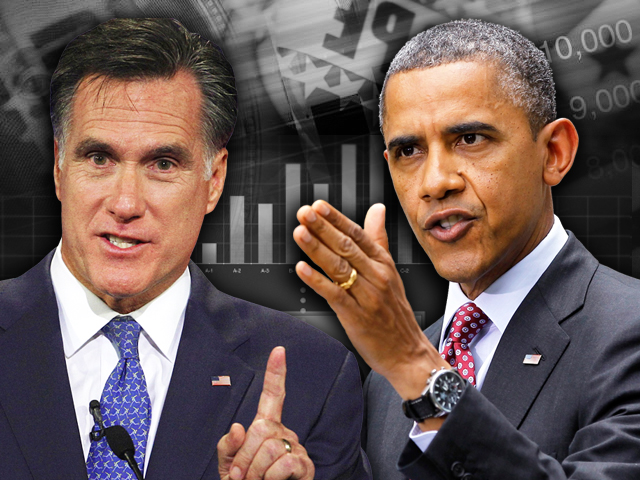 The president also leads Romney on a number of candidate qualities.

Majorities of voters think Mr. Obama understands the needs and problems of people like them, is clear about what he wants to accomplish if re-elected, says what he believes rather than what people want to hear, and is honest and trustworthy.

Voters tend to think Mitt Romney is honest and trustworthy (though by a smaller margin), and that he is clear about what he wants to accomplish as president. But voters are divided over whether or not he understands their problems, and about half think he mostly says what people want to hear.

Likely voters who watched the conventions came away with more positive rather than negative impressions of both candidates. As might be expected, there are strong partisan differences on this.

Even after the party conventions, Republican vice presidential nominee Paul Ryan remains unknown to nearly half of voters nationwide. Views of him are divided, just as they were before the conventions. Opinions of Vice President Joe Biden are split now.

More than half of likely voters think Mr. Biden is honest and trustworthy. Fewer say that about Ryan, but a third of voters did not offer an opinion on this question.

Thirty-nine percent of voters think Biden would be able to serve as an effective president if that became necessary, but 49 percent do not. Likely voters are divided on this question about Ryan, but a quarter did not have an opinion.

More voters think Romney (42 percent) rather than Mr. Obama (32 percent) is running the more negative campaign. Fifteen percent volunteer that both candidates' campaigns are negative. As might be expected, most of each candidate's supporters say the opponent's campaign is more negative.

By more than three to one, voters describe this presidential campaign overall as more negative than positive compared to past campaigns. However, more than half of voters (52 percent) think this campaign is no different in tone than previous ones.

One of the goals of conventions is for political parties to rally their base of support, and it appears the Democrats have made progress on this front. Forty-three percent of Democrats now say they are more enthusiastic about voting compared to past elections, up from 27 percent in July. Republicans remain more enthusiastic than Democrats, but their enthusiasm level hasn't increased much from two months ago.

This poll was conducted by telephone from September 8-12, 2012 among 1,301 adults nationwide, including 1,170 registered voters. The sample size for likely voters is 1,162. Not all likely voters are assigned the same probability of voting. Phone numbers were dialed from samples of both standard land-line and cell phones. The error due to sampling for results based on the entire sample, the sample of registered voters, and the sample of likely voters could be plus or minus three percentage points. The error for subgroups may be higher. Percentages may not add to 100% due to rounding. This poll release conforms to the Standards of Disclosure of the National Council on Public Polls.
View CBS News In