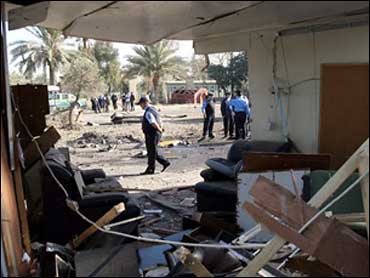 Growing numbers of Americans think the U.S. is making progress in Iraq and will eventually be able to claim some success there, a poll showed Tuesday in a sign the politics of the war could become more complicated for Democrats.

With diminishing U.S. and Iraqi casualties and the start of modest troop withdrawals, the public's mood seems to have brightened a bit, the Associated Press-Ipsos poll showed. That is a rarity in what has been a relentlessly unpopular war.

"I still have hopes the people in Iraq will appreciate us being there," said Daniel Laird, 30, a firefighter who leans Republican and was questioned in the survey. "It just seems like we are making a difference."

Even so, majorities remain upset about the conflict and convinced the invasion was a mistake, and the issue still splits the country deeply along party lines.

About three-fourths of respondents describe themselves as worried about what's happening in Iraq and nearly six in 10 say they are angry - slight reductions since February, but still strong majorities harboring negative feelings on the eve of an election year. Most Democrats and independents - joined by sizable numbers of Republicans - say they are worried, tired, even angry.

People are most positive are about recent gains in security in Iraq.

The poll showed a nearly even division over whether President George W. Bush's troop increase this year has helped stabilize the country, with 50 percent saying no and 47 percent yes. Just three months ago, only 36 percent said yes.

By 52 percent to 41 percent, most said the U.S. is making progress in Iraq. When AP-Ipsos last asked that question in September 2006 - a time when vicious sectarian attacks resembled a civil war - just 39 percent saw improvements under way.

While far greater proportions of Republicans than Democrats think progress is being made, even growing numbers of Democrats agree. The portion of Democrats saying the troop increase has helped stabilize the country has nearly doubled since September to 26 percent, and the number saying the U.S. is making progress has shown similar growth.

For many Democrats, though, the gains are seen as tentative.

"Yes, there's been progress, but I don't think it will be long-term," said Regina Pitts, 51, a Democrat. "We can't stay there forever and babysit."

By 55 percent to 42 percent, more said they think history will consider the war a failure than a success. While most remain negative about the conflict's legacy, in September only 34 percent predicted success.

Just one in five Democrats and four in 10 independents think the war will be a long-range success, well less than the three-fourths of Republicans who think so.

Overall, only 38 percent think the 2003 invasion was the right decision, including three-fourths of Republicans, a third of independents and one-seventh of Democrats - a negative perspective that has barely shifted all year.

Even so, the slowly improving views about progress raise the question of whether Iraq will give Democrats a major political advantage in the 2008 presidential election that many in the party have long assumed it will.

Democratic voters are still strongly against the war and the party's presidential candidates compete for ways to criticize it. Such a tactic, though, might prove less effective when it is time to appeal to the more moderate voters who will participate in next year's general election.

Thirty-six percent now approve of the overall job he is doing - up four percentage points from last month, but still a poor showing for a president. Eight in 10 Republicans, three in 10 independents and one in 10 Democrats approve. His highest marks - 42 percent approval - are for handling foreign policy and terrorism.

Congress' approval remains mired at 25 percent - near its January low of 22 percent.

Mr. Bush sent 30,000 additional troops to Iraq this year, with most focused on reducing violence in and around Baghdad. U.S. forces in the country exceed 160,000, though Pentagon officials have said that figure could decline to 135,000 next summer - about where it was before the troop increase.

The poll involved telephone interviews with 1,009 adults conducted from Dec. 3-5. It had a margin of sampling error of plus or minus 3.1 percentage points.