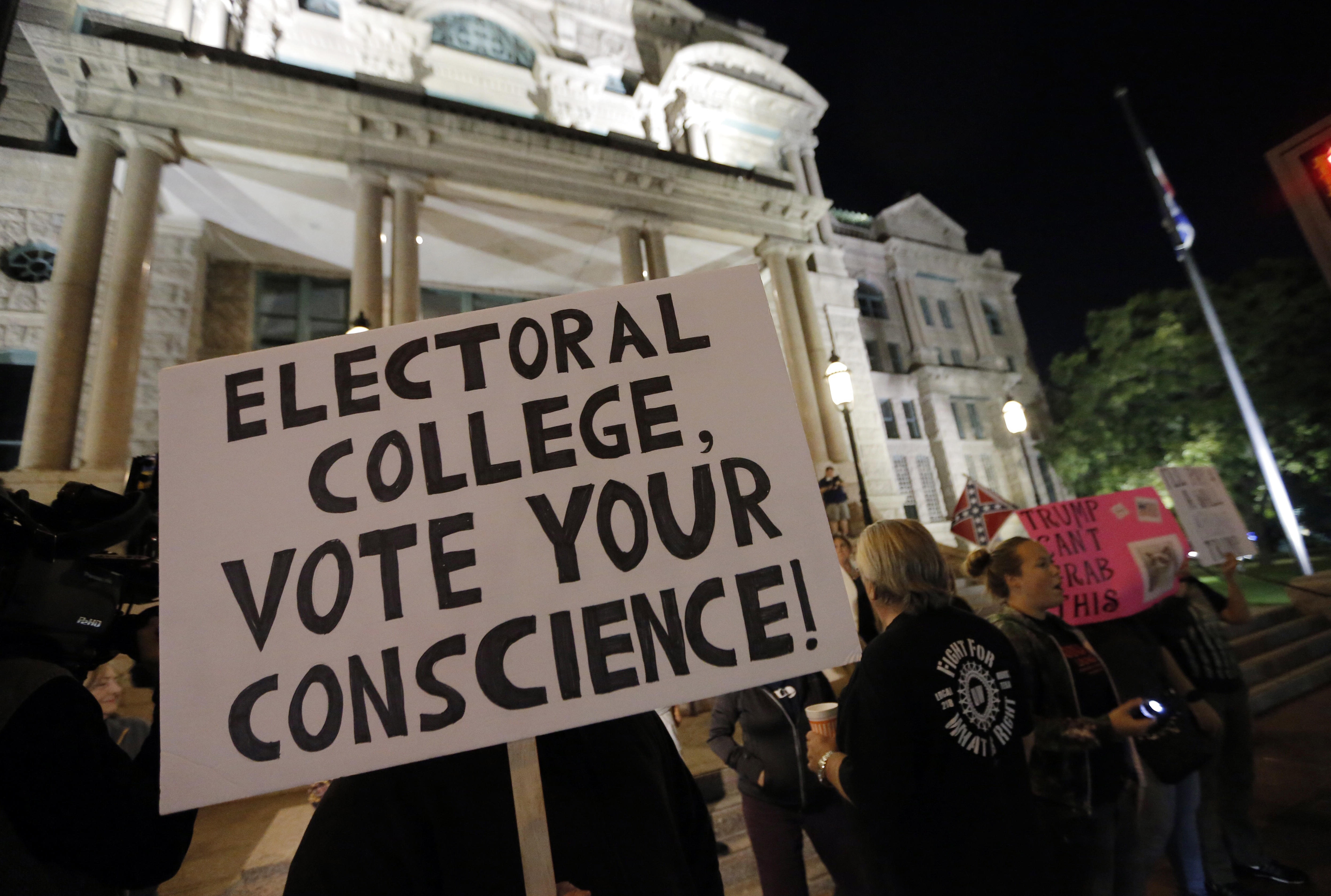 More Americans support the popular vote over the Electoral College as the method for electing U.S. presidents, but a majority thinks the 2016 electors should cast their vote for the candidate who won the most votes in their state. Currently, Hillary Clinton is ahead in the popular vote, while Donald Trump, the president-elect, leads in electoral votes.

By 54 percent to 41 percent, more Americans favor amending the Constitution to elect the U.S. president by popular vote (most votes cast in the entire country) rather than the Electoral College. The public has held this view going back to 1987, including in 2000 after that year’s election also resulted in a difference between the popular and electoral votes.

Members of the Electoral College meet next week and so-called “faithless” electors would not sit well with most Americans. Fifty-seven percent disapprove of electors voting for someone other than the candidate who won the most votes in their state (or Congressional District in the case of Maine and Nebraska).  Majorities of Republicans and independents disapprove, but a slim majority of Democrats approve of such action.

Three in four Americans are aware that Hillary Clinton is ahead in the popular vote. Majorities across party lines say she is ahead, but 27 percent of Republicans think President-elect Donald Trump is winning the popular vote.

This poll was conducted by telephone December 9-13, 2016 among a random sample of 1,259 adults nationwide. Data collection was conducted on behalf of CBS News by SSRS of Media, PA.  Phone numbers were dialed from samples of both standard land-line and cell phones.

Unusual levels of threats to election workers persist in 7 states