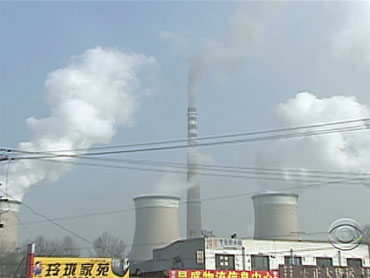 (CBS)
With world leaders debating how to address climate change in Copenhagen and the U.S. Senate poised to take up a climate bill in the coming months, a new CBS News/New York Times poll finds that just 37 percent of Americans believe the issue should be a priority for government leaders.

That's a significant drop from April of 2007, when 52 percent of those surveyed said the issue should be a high priority.

A majority of Americans (70 percent) do consider global warming to be a "serious problem." But nearly two in three either see it as "not serious" (23 percent overall) or a serious problem but not a high priority (33 percent).

In April of 2007, just 8 percent of Americans said global warming was not serious.

The change in priorities can be attributed in part to the economic downturn. In the April 2007 poll, 52 percent said protecting the environment is more important than stimulating the economy. Thirty-six percent said the economy was a higher priority.

Today, however, a clear majority – 61 percent – say stimulating the economy should come first. Only 29 percent say protecting the environment is more important.

There is also a gender divide: Men are far more likely to say global warming is not serious (30 percent say so) than woman (16 percent).

This poll was conducted among a random sample of 1,031 adults nationwide, interviewed by telephone December 4-8, 2009. Phone numbers were dialed from random digit dial samples of both standard land-line and cell phones. The error due to sampling for results based on the entire sample could be plus or minus three percentage points. The error for subgroups is higher.