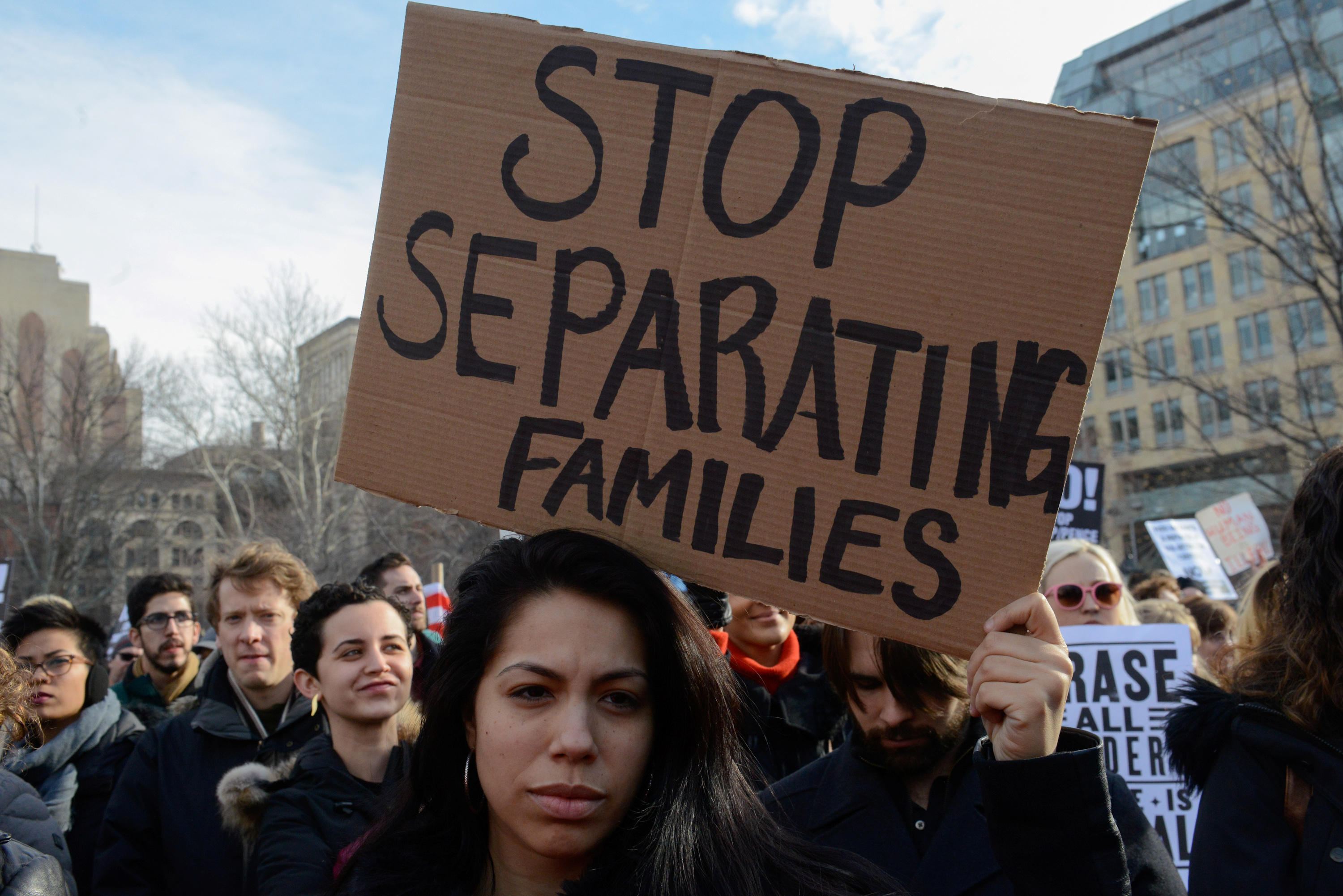 Sixty-one percent now say the economy is in good shape – the highest that figure has been in ten years in CBS News polls, before the Great Recession.

Improved views of the economy are driven largely by increased positive assessments among Republicans. Sixty-one percent of Republicans now say the economy is good, a jump of 30 points since December, before Donald Trump was sworn in as President. A majority of Democrats think the economy is in good shape, although the percentage has dipped from 78 percent to 67 percent.

Thirty-five percent of Americans think the country is headed in the right direction, while 60 percent think it is seriously off on the wrong track.

When Americans are asked to name the most important problem for the President and Congress to address this year, immigration is the top answer, cited by 15 percent. This is closely followed by the economy and jobs (13 percent) and health care (11 percent). Republicans are especially likely to say immigration should be the chief priority for the President and Congress.

Most of the poll was conducted before the release of memos by the Trump administration addressing deportation and illegal immigration.

This poll finds a majority of Americans think that not enough is being done to ensure that foreigners who enter the U.S. from other countries are not a risk to security. Three in four Republicans think not enough is being done. The Trump administration is expected to unveil a new executive order soon concerning entry to the U.S. from other countries.

While Americans express concern about the potential security risk regarding people coming to the U.S. from other countries, most continue to support a path to citizenship for illegal immigrants already in the U.S. Six in ten Americans think that illegal immigrants currently living in the U.S. should be allowed to stay and apply for citizenship. Another 13 percent think they should be permitted to stay but not apply for citizenship, and 23 percent would require them to leave the U.S.  These percentages have changed little over the past few years.

Forty-three percent of Republicans support requiring illegal immigrants to leave the country; Seventy-nine percent of Democrats think they should be allowed to apply for citizenship, as do 60 percent of independents.

Just one in five think that illegal immigrants are more likely than American citizens to commit crimes, rising to 38 percent among Republicans and falling to nine percent among Democrats.

As discussion continues about the proposed wall along the U.S. border with Mexico, 58 percent of Americans oppose building a wall, while 39 percent favor that.  Republicans are far more likely to support this measure: 77 percent favor the wall. Just 11 percent of Democrats do.

On specific issues, President Trump gets his most positive marks on handling the economy and the public splits on the job he is doing on terrorism. However, majorities disapprove of Mr. Trump’s handling of foreign policy and immigration. Here, too, views are highly partisan.

Much of Mr. Trump’s campaign for president focused on keeping jobs in the U.S. Six in 10 Americans are very or somewhat confident that President Trump’s policies will create jobs.