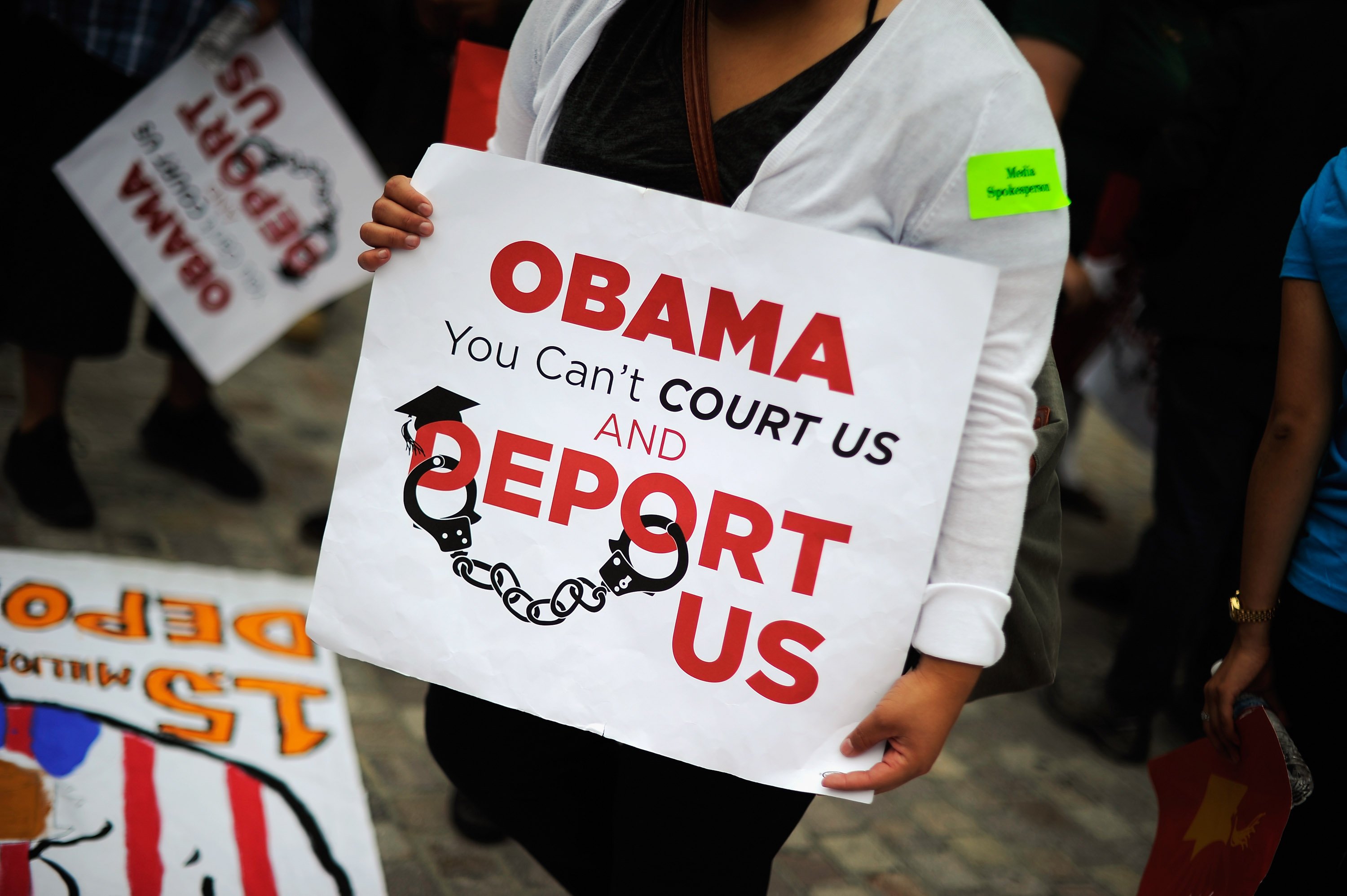 Creating a pathway to citizenship for undocumented immigrants has long been seen as the keystone of comprehensive immigration reform efforts, but according to two new surveys from the Pew Research Center, Hispanic and Asian-Americans are more concerned about addressing the threat of deportation.

By a margin of 55 to 35 percent, Hispanics said that allowing immigrants to live and work in the United States without the specter of deportation hanging over their heads is more important than creating a pathway to citizenship for those immigrants. By a smaller margin – 49 to 44 percent – Asian-Americans agreed.

Robust majorities of both groups – 89 percent of Hispanics and 72 percent of Asian-Americans – still expressed support for a pathway to citizenship, so that provision hasn’t slipped too far down the wish-list. Still, the numbers could color the immigration reform debate that has roiled Congress for months and will continue into 2014.

Democrats and a handful of Republicans have earned plaudits from Hispanics and Asian-Americans due to their support for a pathway to citizenship, but the record pace of deportations over the last 5 years has diminished that ardor to a degree. Since 2009, President Obama’s administration has deported roughly 400,000 immigrants annually.

In November, during a speech about immigration, the president was interrupted by a shouting student named Ju Hong who demanded he use his executive authority to end all deportations that could separate families. The president said he respected Hong’s passion but added that only Congress can ultimately resolve the question of how to handle undocumented immigrants.

“What I’m proposing is the harder path which is to use our democratic processes to achieve the same goal that you want to achieve, but it won’t be as easy as just shouting,” he said.

The Senate passed a bipartisan immigration reform bill in June that would extend a 13-year pathway to citizenship to the roughly 12 million undocumented immigrants who live in the U.S. The House has declined to take up the Senate’s bill, but legislative action in that chamber has stalled as the two parties have pulled the debate in different directions.

Democrats have pressed Republican leaders to schedule a vote on a similar comprehensive proposal so that the two chambers can confer on a final bill, but Republican leaders, wary of an insurrection among their rank-and-file, have said they would prefer to legislate reform in increments.

Among the GOP’s biggest problems with the Senate bill is its inclusion of a pathway to citizenship for undocumented immigrants, a proposal criticized by some as amnesty for lawbreakers. To address that objection, Rep. Bob Goodlatte, R-Va., who chairs the House Judiciary Committee, has offered a substitute proposal that would confer legal permanent residency – but not citizenship – on those who came to the U.S. illegally.