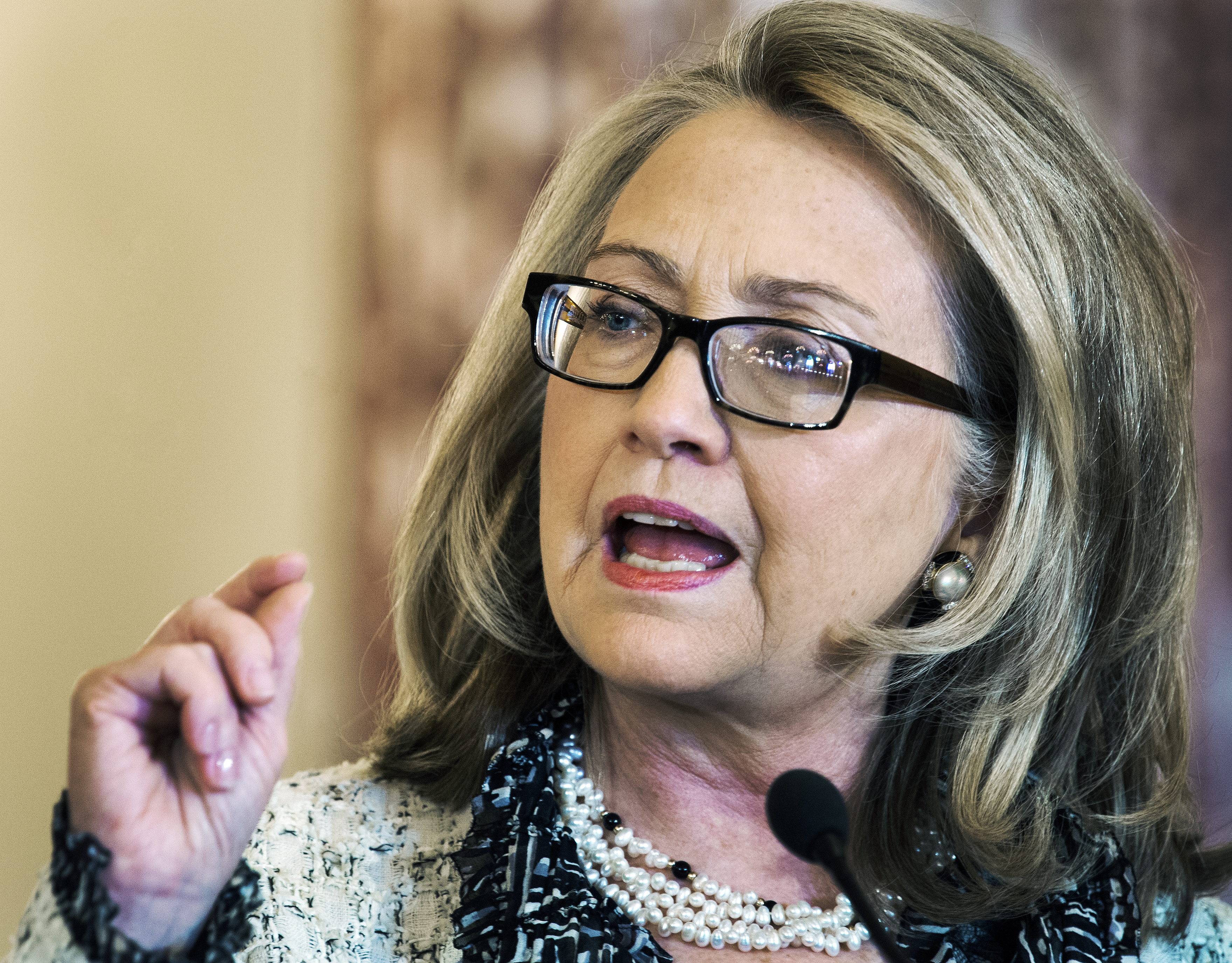 Hillary Clinton remains the one to beat in 2016, easily dispatching potential Republican foes Sen. Rand Paul, R-Ky., and former Gov. Jeb Bush, R-Fla., according to a Quinnipiac poll released on Friday, but her favorability ratings have taken a hit since February, before the Benghazi controversy really began gathering steam.

The former secretary of state beats Paul 49 to 41 percent in a hypothetical general election matchup, and she also bests Bush 48 to 40 percent.

By contrast, Vice President Biden is on the losing side of hypothetical matchups with both Republicans: he trails Bush 44 to 38 percent, and falls behind Paul 43 to 39 percent.

Despite her continued strength, Clinton's favorability ratings have taken a hit from a record high in February, when 61 percent of voters viewed her favorably, and only 34 percent disagreed.

Today, she is viewed favorably by 52 percent of voters and unfavorably by 40 percent. The drop in her numbers, according to Quinnipiac, is attributable almost entirely to a decline among Republicans and independents.

"Former Secretary of State Hillary Clinton remains the queen of the 2016 hill at this point, but the wide gap between her and some of the leading Republican contenders on favorability may be closing, as her overall favorability has taken a hit," explained Peter A. Brown, assistant director of the Quinnipiac University Polling Institute. "The drop in her favorability is substantial among men, Republicans, and independent voters. One reason for her drop may be that 48 percent of voters blame her either a little or a lot for the death of the American ambassador in Benghazi."

The poll also included some disheartening news for Congress, with a majority of Americans (71 percent) saying Democrats and Republicans in Congress will not be able to come together to pass a comprehensive immigration reform bill. Only 24 percent expressed optimism that they would be able to get the job done.

"There isn't a lot of confidence outside the Beltway in the ability of those in Congress to play nice and be productive," said Brown.

Quinnipiac's poll surveyed 1,419 registered voters between May 22 and 28 and carried with it a margin of error of plus or minus 2.6 percentage points.