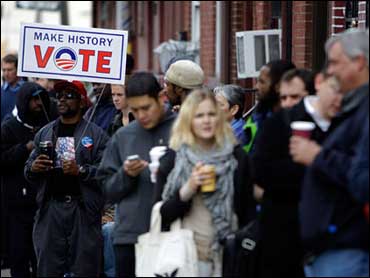 Whether whites supported Barack Obama or not, they don't seem to have lied to pollsters about it.

Obama's election triumph on Tuesday presented no evidence of the so-called Bradley effect, in which whites who oppose a black politician mislead pollsters about whom they will vote for. Instead, national and state pre-election polls were generally accurate in reflecting voters' preferences in the presidential contest.

"I certainly hope this drives a stake through the heart of that demon," Charles Franklin, a University of Wisconsin political scientist and polling authority, said of the Bradley effect.

The phenomenon is named after former Los Angeles Mayor Tom Bradley, an African-American who in 1982 lost the race for California governor after leading in the polls. There were similar contests over the following decade in which black candidates facing white opponents had comfortable leads in polls, only to lose or narrowly win the elections.

Critics have said such turnabouts might have been largely the product of poor polling. Others have concluded that some whites, nervous about appearing to harbor anti-black feelings, in fact misled pollsters up through the early 1990s but that such behavior has faded over time.

Obama, who will become the first African-American president, defeated Republican John McCain on Tuesday by 52 percent to 46 percent with nearly all votes counted.

If the Bradley effect were a factor, pre-election polls should have consistently overstated Obama's share of the vote, or understated McCain's. Instead, most did a solid job of previewing how the vote would go, both nationally and in crucial states.

An Associated Press-Yahoo News poll in late October had Obama ahead 51 percent to 43 percent. An AP-GfK poll in mid-October showed a virtual tie, 44 percent for Obama to 43 percent for McCain.

Web sites that combine major polls to estimate support also performed well. Among some popular sites, www.pollster.com had Obama ahead 52 percent to 44 percent, www.realclearpolitics.com saw Obama up 52 percent to 45 percent, and www.fivethirtyeight.com gave Obama a 52 percent to 46 percent advantage.

Such accuracy was a relief to pollsters rattled last winter when widespread projections of an Obama victory in the New Hampshire primary were upended after Hillary Rodham Clinton won narrowly.

Among them is the increased polling of people who have cell phones but no landlines. A Pew Research Center report in September, and exit polls of voters conducted Tuesday for The Associated Press and the television networks, suggest that people who have only cells tend to vote more Democratic than people like them with only landlines.

For North Carolina, www.realclearpolitics.com gave McCain a pre-election edge of less than 1 percentage point. That state finally was awarded to Obama on Thursday, when he had a 14,000-vote lead out of 4.2 million votes cast.

Pre-election polls by Quinnipiac University, Mason-Dixon and AP-GfK all showed Obama ahead by 2 percentage points in Florida, which the Democrat won by 3 points. The combined estimate for Pennsylvania by www.pollster.com put Obama up 8 points, and he won by 11.

None of this means race was not a factor on Tuesday.

Whites nationally preferred McCain by 12 percentage points, while 95 percent of blacks backed Obama, according to exit polls. Seven percent of whites said race was important in choosing a candidate, and they backed the Republican 2-1.

Analysts said any reluctance to support Obama because he is black may have been overwhelmed this year by a desire to support the candidate people thought would fix the struggling economy. They also said the Bradley effect has faded as Americans have become used to blacks winning local elections and as the 1990s' more intense focus on crime and welfare has ebbed.

The Bradley effect was "a product of a particular political environment that seems to have passed us by," said Daniel Hopkins, a postdoctoral fellow at Harvard University who wrote a study this summer concluding that the phenomenon has disappeared.