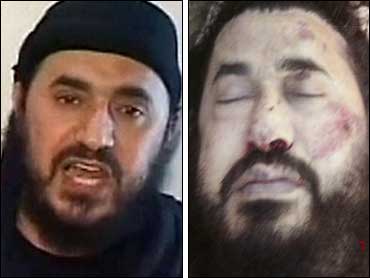 The death of Abu Musab al-Zarqawi has done little to improve views of how things are going for the U.S. in Iraq or boost President Bush's approval ratings, a CBS News poll finds.

Mr. Bush has been cautious in his response to Zarqawi's killing by U.S. troops this week, calling it "a major blow to al Qaeda" but warning that it won't end the war "and it's certainly not going to end the violence."

Americans agree. Half think the level of violence in Iraq will be unchanged by Zarqawi's death, while 30 percent say it will actually lead to more attacks against U.S. forces. Just 16 percent think the number of attacks will decrease as a result of his death.

Sixty-one percent also say Zarqawi's death won't have any impact on the terrorist threat against the United States, while 22 percent it will increase that threat. Thirteen percent predict a decreased risk of terrorism.

AS A RESULT OF KILLING ZARQAWI, THE FOLLOWING THREATS WILL:

Fifty-five percent of Americans still say the war in Iraq is going badly for the United States, while an overwhelming majority, 82 percent, describe the situation in Iraq as a civil war between Iraqis.

Still, the poll did find some signs that Americans are becoming more optimistic about Iraq — at least when looking at the long term. Sixty percent now say it's somewhat likely or very likely that the United States will ultimately find success in Iraq, a 5-point jump since last month.

More than half of Americans also say Iraq will eventually become a stable democracy, though it will take more than a year or two.

Mr. Bush's approval rating for handling the war in Iraq is unchanged at 33 percent, while approval for his handling of terrorism remains just below 50 percent.

The president also gets mostly poor marks on domestic issues, with just one in three Americans saying they approve of how he's handling both immigration and the economy.

This poll was conducted among a nationwide random sample of 659 adults, interviewed by telephone June 10-11, 2006. The error due to sampling for results based on the entire sample could be plus or minus four percentage points. Error for subgroups may be higher.