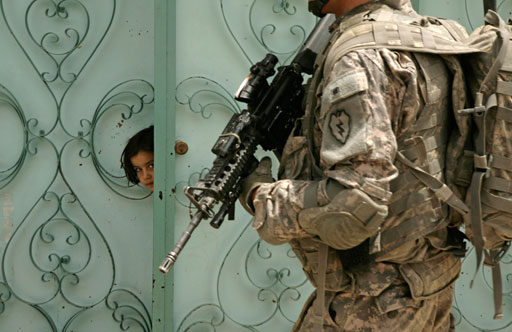 Americans continue to give President Bush high ratings, both overall and for his handling of events in the Middle East, even though most believe he does not have a clear plan for his policy there but is reacting to events as they occur. The public continues to sympathize more with Israel in the conflict, but doubts either side wants peace, and is divided on what the U.S. can and should do.

The Bush Administration's lack of attention to the Middle East prior to the outbreak of fighting last month may have led people to believe the conflict caught the Administration without a clear strategy for the region. Two-thirds of the public think Bush is reacting to events there as they occur. 26% think Bush has a clear plan for dealing with the area.

Nevertheless, the perceived lack of a clear Middle East strategy has not hurt evaluations of Bush's handling of the situation between Israel and the Palestinians. 58% approve of his handling of the conflict, and 27% disapprove.

What Can Be Done?

48% think establishing peace in the Middle East is something the American government cannot do anything about.

Do They Want Peace Enough To Make Concessions?