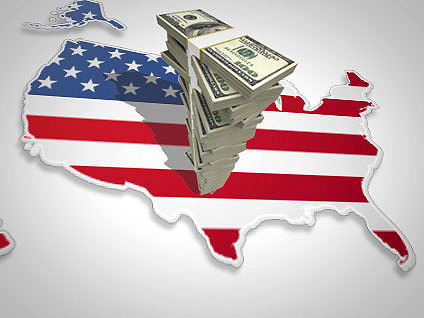 A new CBS News poll finds that Americans strongly prefer cutting spending to raising taxes to reduce the federal deficit. While 77 percent prefer to cut spending, just nine percent call for raising taxes. Another nine percent want to do both.

Yet most Americans could not volunteer a program they'd be willing to see cut in order to reduce the deficit - only 38 percent could name a program they would support cutting. The top responses were military/defense (six percent), Social Security/Medicare (four percent) and welfare/food stamps (four percent).

However, Americans are more willing to consider cuts when presented with specific ideas, as the chart above illustrates. The most popular ideas for reducing the deficit are to reduce Social Security benefits for the wealthy, reduce the money allocated to projects in their own community, reduce farm subsidies and reduce defense spending. More than 50 percent supported reductions in each of those programs.

Democrats and independents were more likely to favor cuts to defense spending than Republicans, only 39 percent of whom favored cuts there to reduce the deficit. Republicans were most likely to favor reducing money for projects in their area (73 percent), reducing social security for the wealthy (66 percent), reducing farm subsidies (58 percent) and reducing money for student loans (54 percent.)

This poll was conducted among a random sample of 1,178 adults nationwide, interviewed by telephone January 5 - 9, 2010. Phone numbers were dialed from RDD samples of both standard land-lines and cell phones. The error due to sampling for results based on the entire sample could be plus or minus three percentage points. The error for subgroups is higher. This poll release conforms to the Standards of Disclosure of the National Council on Public Polls.
View CBS News In
CBS News App Open
Chrome Safari Continue
Be the first to know
Get browser notifications for breaking news, live events, and exclusive reporting.