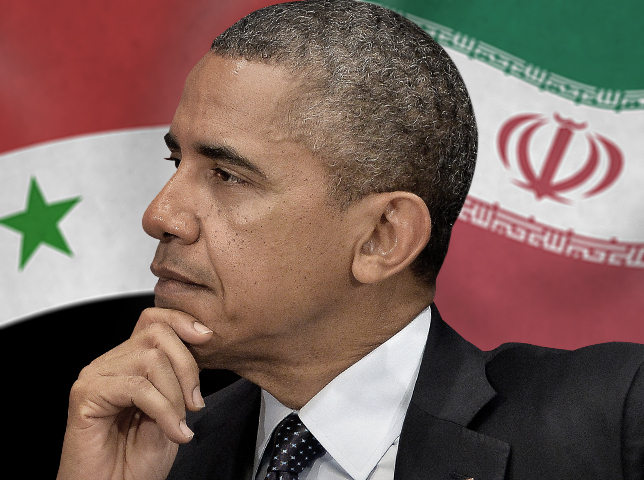 As President Obama took to the world stage Tuesday

addressing the United Nations General Assembly , a new CBS News/New York Times poll shows that more Americans disapprove than approve of how he is handling Syria, Iran and foreign policy, in general.

More Americans disapprove than approve of how Mr. Obama is handling relations with Iran. The poll was completed in advance of Mr. Obama's speech at the U.N.

As is the case on many issues today, there are sharp partisan splits: most Democrats approve (68 percent), while few Republicans (16 percent) do.

Americans don't foresee relations with Iran improving any time soon. Only 22 percent expect relations to improve in the next few years, while more expect them to stay the same (41 percent) or worsen (32 percent).

Americans may find it hard to judge whether the recent outreach from Mr. Obama to the new Iranian president will lead to improvement. A plurality of 38 percent says they don't know what will come of that effort, 30 percent say it will make at least some difference in relations, and 30 percent think it won't matter much.

Although they have doubts it will work, Americans overwhelmingly favor (82 percent) the deal reached between the U.S. and Russia for Syria to turn over its chemical weapons.

On this, Democrats and Republicans agree.

Americans still would not support airstrikes against the Syrian government, even if Syria fails to comply -- an option that the U.S. says remains on the table if the diplomatic solution ultimately fails.

Underlying these views, a large majority (68 percent) continues to believe in principle that the U.S. doesn't have a responsibility to do something about the fighting in Syria. As was the case earlier this month, majorities of Democrats and Republicans don't view this as a U.S. responsibility, and there has been little shift in the public's views about this in recent weeks, or over the longer term.

The President's Handling of Syria

Most Americans (64 percent) continue to say the Obama administration has not clearly explained their goals in Syria, though the percentage who says it has done so has risen in recent weeks (28 percent now; 14 percent earlier this month).

The president's approval rating on Syria has seen a small uptick to 37 percent from 33 percent two weeks ago, but remains mostly negative: 52 percent disapprove.

The president's rating on foreign policy overall is more negative than in July, before the escalation of U.S. involvement in the Syria crisis. Just 40 percent approve of his handling of foreign policy, while 49 percent disapprove - the highest disapproval he has ever received on this measure.

This poll was conducted by telephone from September 19-23, 2013 among 1,014 adults nationwide. Data collection was conducted on behalf of CBS News/The New York Times by Social Science Research Solutions of Media, Pa. Phone numbers were dialed from samples of both standard land-line and cell phones. The error due to sampling for results based on the entire sample could be plus or minus three percentage points. The error for subgroups may be higher. Interviews were conducted in English and Spanish. This poll release conforms to the Standards of Disclosure of the National Council on Public Polls.