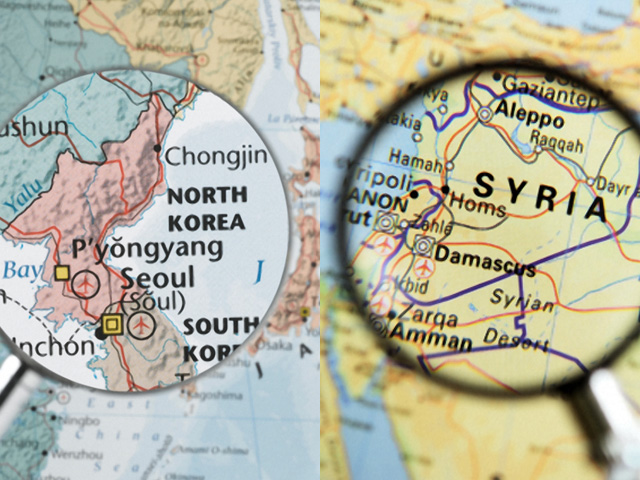 Most Americans continue to say that the U.S. does not have a responsibility to intervene in Syria and think that North Korea is a threat that can be contained for now, according to a new CBS News/New York Times poll.

The Fighting in Syria

Sixty-two percent of Americans continue to say the United States does not have a responsibility to intervene in the fighting in Syria, while 24 percent of Americans think the United States does have a responsibility to do something about the fighting between government forces and anti-government groups there - a four point increase since last month.

Most Democrats, Republicans, and independents agree that the U.S. does not have a responsibility to get involved in the conflict in Syria.

Even as news of the possible use of chemical weapons by the Syrian government was announced by the Obama Administration, fewer Americans are paying attention to news about Syria than were doing so last month. In March, slightly more than half of all Americans were following news about Syria at least somewhat closely. Now, four in 10 say they are doing so, including just 10 percent who are following it very closely.

The practice of using unmanned drone aircrafts to attack suspected terrorists in foreign countries - a policy begun by the Bush Administration and expanded under President Obama - continues to enjoy widespread and bipartisan support. Seven in 10 Americans favor using drones to attack suspected terrorists abroad, including large majorities of Republicans, Democrats, and independents. Support for the drone program is virtually unchanged from last month.