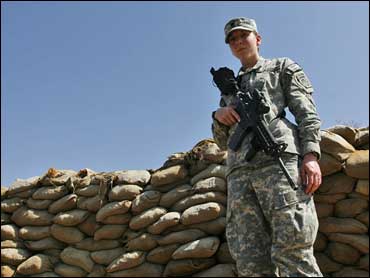 Women in the U.S. military currently are prohibited from joining combat units and only a slim majority of Americans support their participation in ground fighting, according to a new CBS News/New York Times poll.

Just 53 percent support women in combat roles, while an overwhelming majority of Americans (83 percent) are in favor of women serving as support for ground troops in such capacities as military police, medics and Humvee drivers.

Views on Women in the Military

Age matters as well. Just 37 percent of Americans age 65 and older support the idea of women joining combat units - the lowest of any age group.

Also, 60 percent of those living in the northeast favor women being directly involved in combat - the highest of any geographical region.


This poll was conducted among a random sample of 1050 adults nationwide, interviewed by telephone July 24-28, 2009. Phone numbers were dialed from random digit dial samples of both standard land-line and cell phones. The error due to sampling for results based on the entire sample could be plus or minus three percentage points. The error for subgroups is higher.