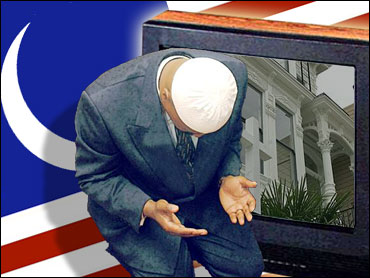 One in four younger U.S. Muslims say suicide bombings to defend their religion are acceptable at least in some circumstances, though most American Muslims overwhelmingly reject the tactic and are critical of Islamic extremism and al Qaeda, a poll says.

The survey by the Pew Research Center, one of the most exhaustive ever of U.S. Muslims, revealed a community that in many ways blends comfortably into society. Its largely mainstream members express nearly as much happiness with their lives and communities as the general public does, show a broad willingness to adopt American customs, and have income and education levels similar to others in the U.S.

Even so, the survey revealed noteworthy pockets of discontent.

While nearly 80 percent of U.S. Muslims say suicide bombings of civilians to defend Islam cannot be justified, 13 percent say they can be, at least rarely.

That sentiment is strongest among those younger than 30. Two percent of them say it can often be justified, 13 percent say sometimes and 11 percent say rarely.

"It is a hair-raising number," said Radwan Masmoudi, president of the Washington-based Center for the Study of Islam and Democracy, which promotes the compatibility of Islam with democracy.

He said most supporters of the attacks likely assumed the context was a fight against occupation — a term Muslims often use to describe the conflict with Israel.

U.S. Muslims have growing Internet and television access to extreme ideologies, he said, adding: "People, especially younger people, are susceptible to these ideas."

Federal officials have warned that the U.S. must be on guard against homegrown terrorism, as the British suffered with the London transit bombings of 2005.

Even so, U.S. Muslims are far less accepting of suicide attacks than Muslims in many other nations. In surveys Pew conducted last year, support in some Muslim countries exceeded 50 percent, while it was considered justifiable by about one in four Muslims in Britain and Spain, and one in three in France.

"We have crazies just like other faiths have them," said Eide Alawan, who directs interfaith outreach at the Islamic Center of America, one of the largest mosques in the U.S. He said killing innocent people contradicts Islam.

Andrew Kohut, Pew director, called support for the attacks "one of the few trouble spots" in the survey.

The question did not specify where a suicide attack might occur, who might carry it out or what was meant by using a bombing to "defend Islam."

The survey estimates there are roughly 2.35 million Muslim Americans.