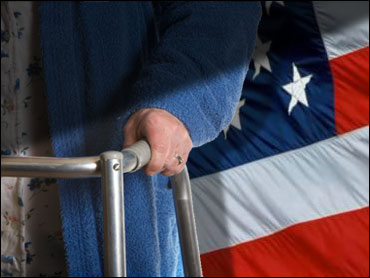 One in five Americans has had the responsibility of caring for an aging parent - by taking them into their homes or paying for their care - but many more are concerned about having to do so. Providing this care can be stressful: four in ten of those who have had the experience of caring for aging parents say issues involving that care have often led to disputes among family members.

CARING FOR AN AGING PARENT?

Americans 45-64 years old – most of whom are part of the "baby boom" generation - are the most likely age group to be providing care right now.

43 percent of those who are now or who have given care report that the situation caused disputes among family members. Women who've cared for aging parents are more likely than men to say it caused disputes.

HAS CARING FOR AGING PARENT CAUSED DISPUTES AMONG FAMILY MEMBERS?
(Among those caring for now or have in past)

But whether caring for parents now or not, most Americans - 64 percent - are concerned about having to do so, including four in ten who are very concerned.

CONCERNED ABOUT HAVING TO CARE FOR AGING PARENT?

This poll was conducted among a random sample of 1,142 adults nationwide, interviewed by telephone February 8-11, 2007. The error due to sampling for results based on the entire sample could be plus or minus three percentage points. The error for subgroups is higher.