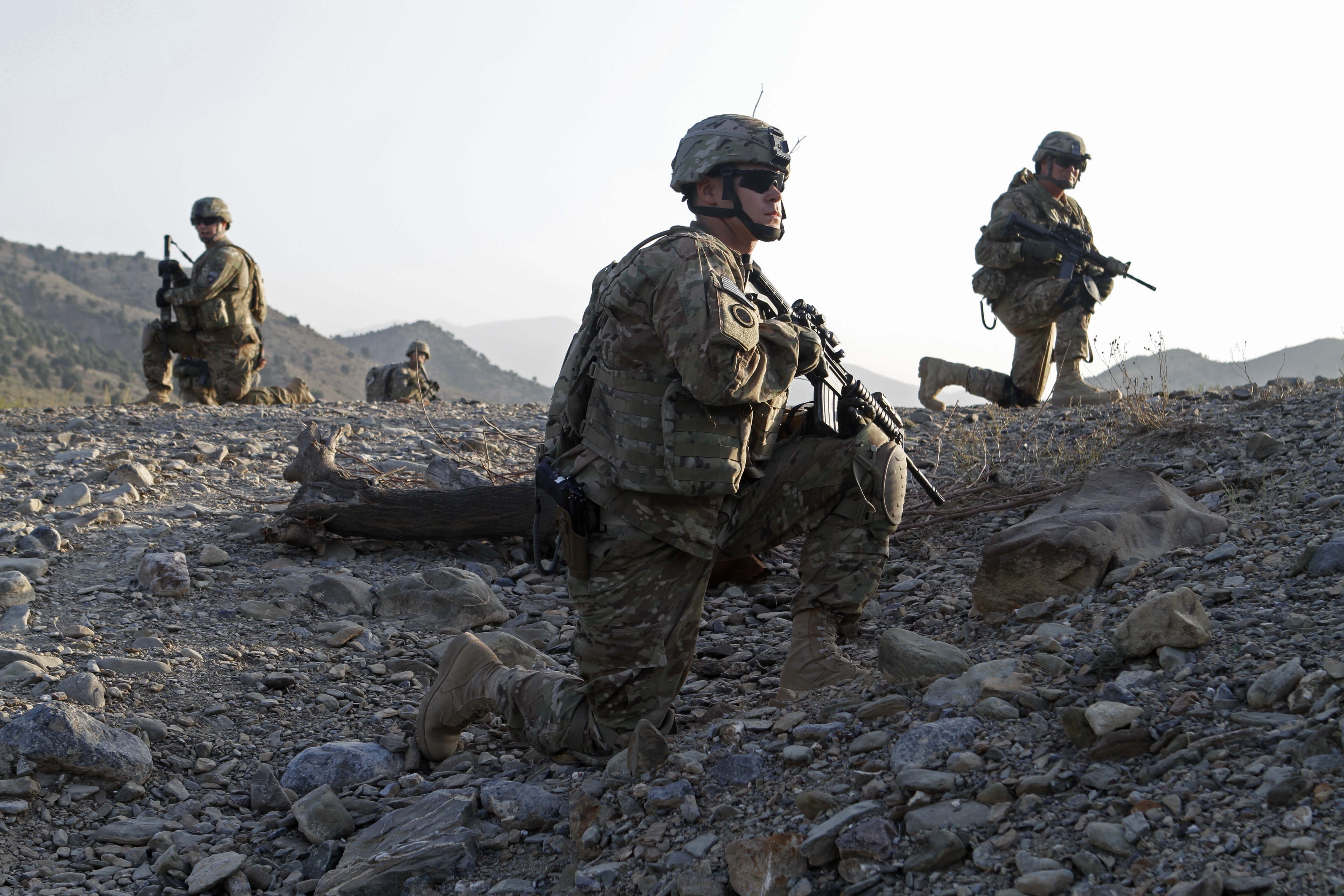 WASHINGTON - One in three U.S. veterans of the post-Sept. 11 military believes the wars in Iraq and Afghanistan were not worth fighting, and a majority think that after 10 years of combat America should be focusing less on foreign affairs and more on its own problems, according to an opinion survey released Wednesday.

The findings highlight a dilemma for the Obama administration and Congress as they struggle to shrink the government's huge budget deficits and reconsider defense priorities while trying to keep public support for remaining involved in Iraq and Afghanistan for the longer term.

The poll results presented by the Pew Research Center portray post-Sept. 11 veterans as proud of their work, scarred by warfare and convinced that the American public has little understanding of the problems that wartime service has created for military members and their families.

A CBS News poll released Monday shows half of Americans in the wider public think the U.S.-led war in Afghanistan has not been a success, and an overwhelming 69 percent of those polled said the war has gone on longer than they thought it would.

The Pew survey also showed that post-Sept. 11 veterans are more likely than Americans as a whole to call themselves Republicans and to disapprove of President Obama's performance as commander in chief. They also are more likely than earlier generations of veterans to have no religious affiliation.

The Pew Research Center, a nonpartisan organization that studies attitudes and trends, called the study the first of its kind. The results were based on two surveys conducted between late July and mid-September. One polled 1,853 veterans, including 712 who had served in the military after Sept. 11, 2001 but are no longer on active duty. Of the 712 post-Sept. 11 veterans, 336 served in Iraq or Afghanistan. The other polled 2,003 adults who had not served in the military.

Nearly half of post-Sept. 11 veterans said deployments strained their relationship with their spouses, and a similar share reported problems with their children. On the other hand, 60 percent said they and their families benefited financially from having served abroad in a combat zone. Asked for a single word to describe their experiences, the war veterans offered a mixed picture: "rewarding," "nightmare," "eye opening," "lousy."

The Pew survey found that veterans are ambivalent about the net value of the wars, although they generally were more positive about Afghanistan, which has been a more protracted but less deadly conflict for U.S. forces. One-third of post-Sept. 11 veterans said neither war was worth the sacrifices; that was the view of 45 percent in the separate poll of members of the general public.

Fifty percent of veterans said Afghanistan was worth it, whereas the poll of civilians put it at 41 percent.

Among veterans, 44 percent said Iraq was worth it. That compares with 36 percent in the poll of civilians.

Of the surveyed former service members who were seriously wounded or knew someone who was killed or seriously wounded, 48 percent said the war in Iraq was worth fighting, compared with 36 percent of those veterans who had no personal exposure to casualties.

Pew said its survey results found "isolationist inclinations" among post-Sept. 11 war veterans. About 6-in-10 said the United States should pay less attention to problems overseas and instead concentrate on problems at home. In a Pew survey conducted earlier this year, a similar share of the general public agreed.

The survey also reflected what many view as a troublesome cultural gap between the military and the general public. Although numerous polls have shown that Americans hold the military in high regard, the respondents in the Pew research acknowledged a lack of understanding of what military life entails.

Only 27 percent of adult civilians said the public understands the problems facing those in uniform, and the share of veterans who said so is even lower — 21 percent.