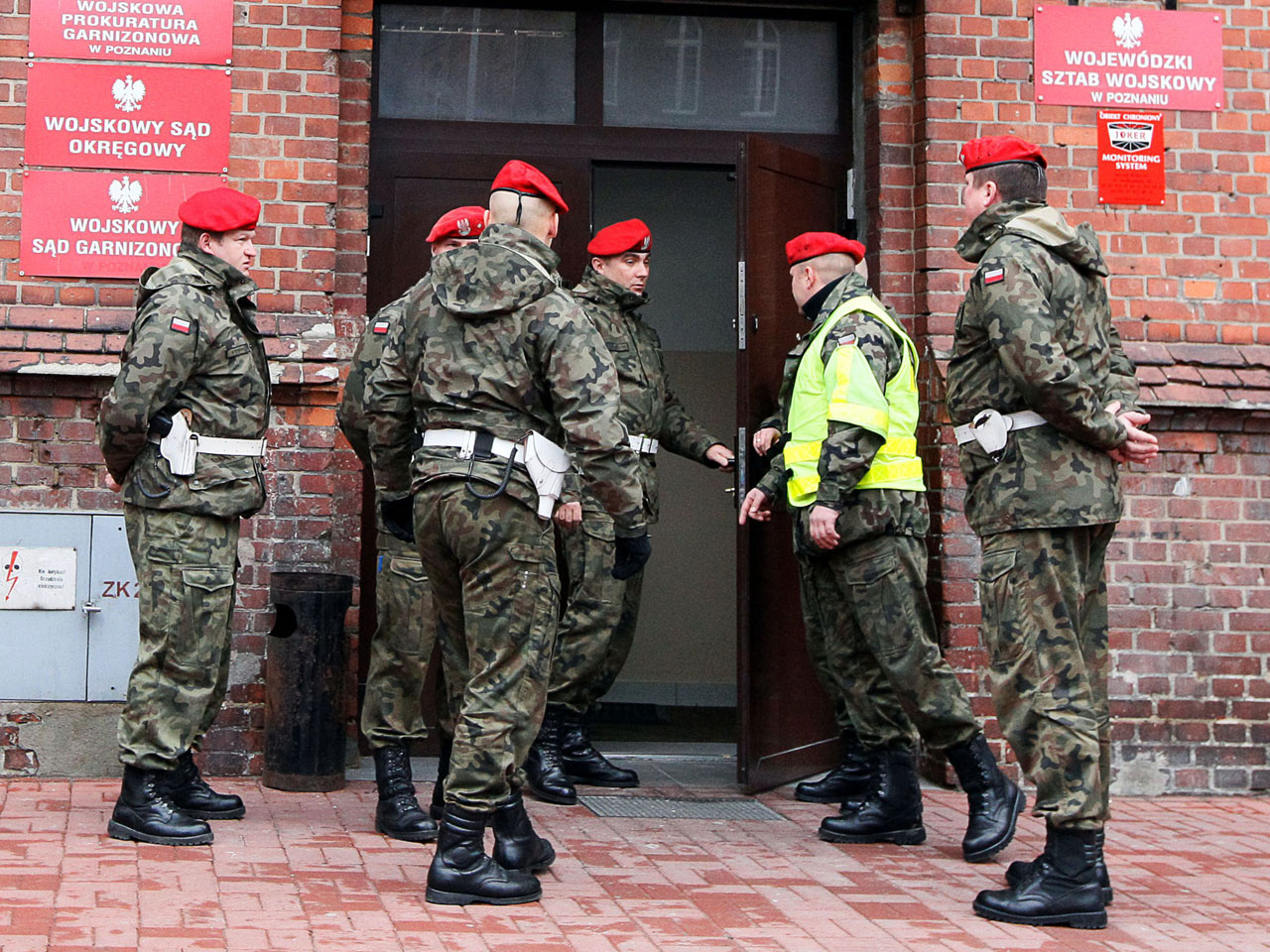 WARSAW, Poland - A military prosecutor in western Poland shot himself in the head Monday after defending the work of his office and rejecting planned reforms, officials and media said Monday.

Col. Mikolaj Przybyl survived the shooting that happened inside his office in the city of Poznan, minutes after he read a statement to reporters and then asked them to briefly get out.

Przybyl is a deputy head of the prosecutor's office in Poznan and the head of a local department investigating organized crime in the army.

A footage broadcast by TVN24 station, whose camera was left rolling after reporters left, shows Przybyl walking across his office and out of sight before a gunshot can be heard.

Hospital director Leslaw Lenartowicz said Przybyl is in stable condition, conscious, and his life is not in danger. Przybyl suffered injuries to the face, he said.

Chief Military Prosecutor, Krzysztof Parulski said that Przybyl was one of the "best prosecutors" and a "man of honor."

President Bronislaw Komorowski and Justice Minister Jaroslaw Gowin were closely monitoring an investigation into the shooting, their offices said.

Some lawmakers are calling for a special parliament probe into the case, saying that Przybyl's statement suggests a massive corruption problem in the army.

Moments before shooting himself, Przybyl read a statement to reporters in which he objected to plans by Prosecutor General Andrzej Seremet to put military prosecutors under civilian authority. Seremet said that such a decision was under discussion, but has not been made yet.

Przybyl also said that military prosecutors were proving themselves competent in the many probes that they have opened into organized crime cases inside the army. The probes primarily concern suspicions of corruption in buying equipment for Poland's troops on missions in Afghanistan and, earlier, in Iraq.

Przybyl denied media suggestions that the military prosecutors broke the law while investigating the 2010 crash of the presidential plane in Russia when President Lech Kaczynski and 95 others were killed. The media have reported that the prosecutors had unlawfully sought billing lists and text message content of mobile phones of some reporters to determine the source of leaks to the media.

Below is unconfirmed video of the press conference with Col. Mikolaj Przybyl. In it, he is seen reading a statement, then walking off camera. Afterwards, a gun is heard being loaded off camera, then a shot is heard, followed by a thud. The camera later zooms in on Przybyl and someone helping him, but Przybyl's body is blurred. Video may be disturbing to some viewers.