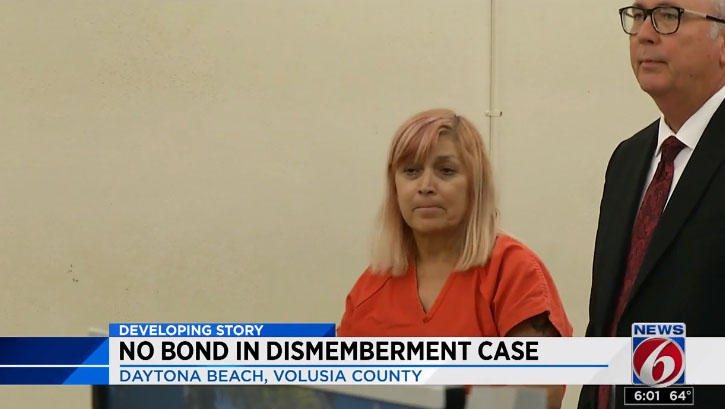 DAYTONA BEACH, Fla. - Police say a Florida woman accused of shooting her boyfriend in the head and cutting off his arms and legs — before discarding them in a fernery — may be linked to the killing and dismemberment of another man a decade ago, reports CBS affiliate WKMG. Nelci Tetley was arrested Thursday on a first-degree murder charge in connection with the death of 55-year-old Jeffrey Albertsman, whose dismembered body was found in his Daytona Beach home on July 26, 2017.

Police were called to the residence for a wellness check, and soon found Albertsman. He had been shot in the head and the chest and his arms and legs were missing, according to an affidavit.

Police said Albertsman's decomposing limbs were found at a fernery in western Volusia County two months later. Tetley was arrested Thursday on a first-degree murder charge in connection with Albertsman's death after police said they got the DNA results from the crime scene.

The arrest affidavit notes that Tetley and Albertsman had been in a romantic relationship for nine years, but court records and a neighbor who spoke to WKMG reveal that it was a rocky relationship.

Records show that Tetley was arrested in October 2016 after she struck Albertsman and told him, "I could kill you tonight if I wanted."

She completed her 11 months of probation in connection with that case in May 2017.

The neighbor told the station she saw Tetley at the house frequently, and recalled the couple's acrimony.

But police said Albertman's death is not the only one to which which Tetley has been linked. Detectives have spent 10 years investigating the death of Michael Louis in Ormond Beach, Florida, whose body was dismembered and decapitated. A fisherman discovered one of Louis' legs, and police discovered his torso and arms, but his head was never found, reports the Daytona Beach News-Journal.

Police say Tetley dated Louis, but denies involvement in his death. The paper reports she is a person of interest in that case.

Tetley is being held without bond in Albertsman's death.