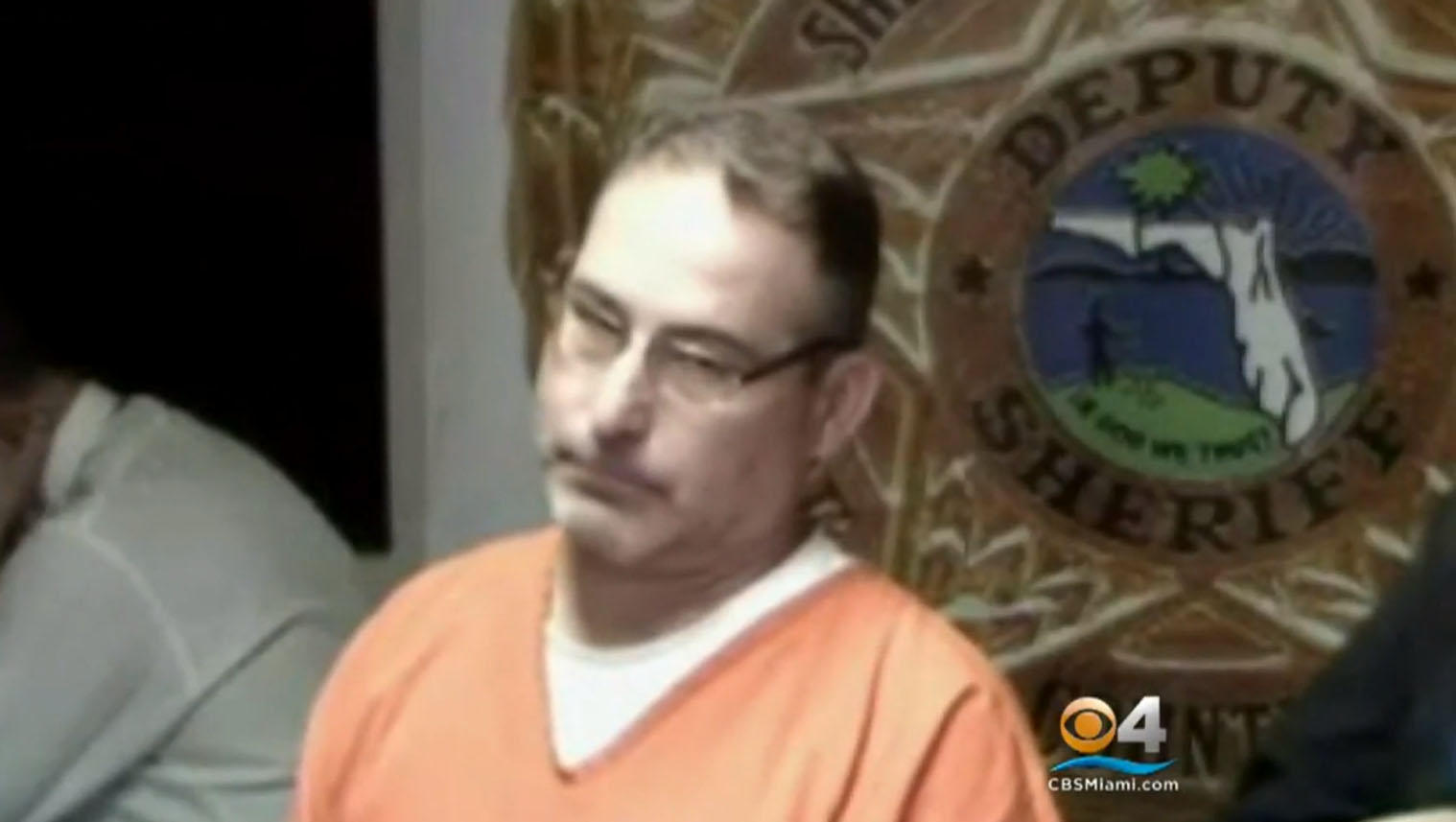 MIAMI -- Police in Miami Beach say they found a stockpile of guns and ammunition in the apartment of a man accused of threatening officers and city workers, reports CBS Miami.

In the  past, Ricky Weinberger has been accused of making dozens of harassing calls to the police station, according to the Miami Herald. He reportedly first became known to police over a year ago.

He was arrested on multiple charges, including an assault charge that was dropped, according to the newspaper. In December, a judge ordered Weinberger not to have any contact with police in any way, including email, social media and text message.

However, the calls continued and a profanity-laced threat against officers appeared on an online law enforcement bulletin board.

Police found 16 guns and 4,500 rounds of ammunition when they arrested Weinberger Sunday, according to the Herald. Police later released a photo of the arsenal, a mix of assault rifles and handguns. He allegedly threatened to kill police, according to the station.

“I need to speak to my attorney before anything happens. I have not met him yet, you are violating my rights,” he said.

Judge Mindy Glazer then asked the suspect: “Do you have any money or property to pay for an attorney?”

“I’d like to speak to my attorney before I answer any questions,” he replied.

The judge later recommended the suspect undergo a psychological evaluation, according to the station.