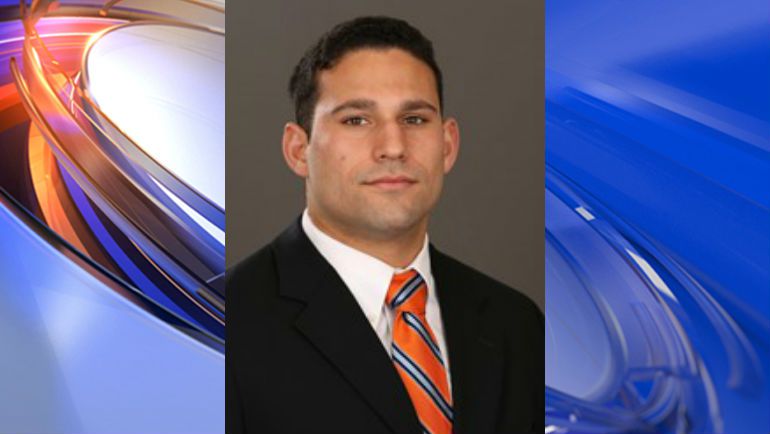 GAINESVILLE, Fla. -- Police say a University of Florida football player helped stop the rape of an unconscious woman behind a trash bin outside a bar.

Cristian Garcia told First Coast News he was taking out the trash Thursday morning from the bar where he works security when he noticed a couple having sex. He first thought it was consensual, but then saw the woman was unconscious. Garcia said the man's friends were watching the assault, and did nothing to help. The incident was videotaped.

Garcia said he and another witness walked up and stopped it.

"I turned around and pulled the guy by the shoulder and said 'Get off.' That pretty much ended the situation then," Garcia told The Gainesville Sun. "He was intoxicated and attempted to throw some punches, but he slipped and busted his face on the wall."

Police later arrested Christopher Shaw, 34, and charged him with sexual battery of the 19-year-old victim.

The Associated Press does not generally identify victims of sexual assault.

Garcia, a Miami native who will be a junior, walked on to the team last season after previously working in the video department. He played in one game last season for the Gators, recording two tackles in Florida's 41-7 loss to Michigan in the Citrus Bowl.

On July 15, former Vanderbilt football player Cory Batey was sentenced to 15 years in prison after being convicted of taking part in the gang rape of an unconscious female student in June 2013.

Last month, a judge sentenced former Stanford University swimmer Brock Turner to six months in jail and ordered him to register as a sex offender for life after a jury convicted him of raping a student behind a campus dumpster in January 2015. Prosecutors had sought a six-year sentence. The lighter sentence prompted allegations that the white judge was lenient with Turner, who is white and from a wealthy family, because the judge also played sports at Stanford.

Florida quarterback Luke Del Rio - the son of Oakland Raiders head coach Jack Del Rio - said in an Instagram post about Garcia: "Hopefully the media will talk about the good and not just the bad. Proud to be a teammate of Cristian Garcia."