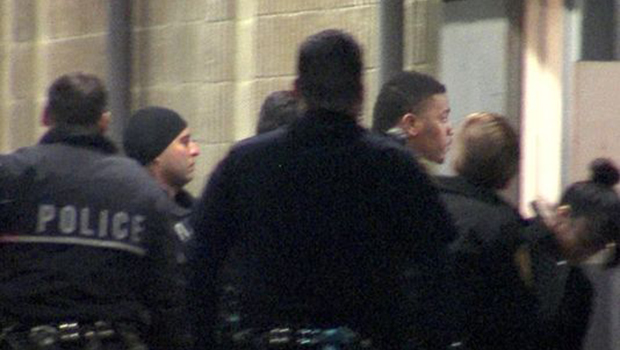 SAN ANTONIO -- Police have arrested Texas Christian University quarterback Trevone Boykin after he allegedly got involved in a fight with an officer, reports CBS affiliate KENS.

The police department told the station that employees from a downtown San Antonio bar notified officers around 2 a.m. Thursday, when a man reportedly began causing problems. Witnesses then told the officers that the man in question was the starting quarterback for TSU, according to KENS.

According to police, the 22-year-old fought with the employees as he moved outside, and the group he was with tried to contain him. Officers say they then spotted him swinging at the knees of another officer who came to assist.

The police department reportedly told the station the officer suffered cuts to his knees.

According to the police report, officers then took him to the ground -- with the altercation continuing until one told Boykin that he would tase him.

According to Bexar County Central Magistrate records, Boykin has since been charged with felony assault on a public servant and is reportedly being held on bond.

The TCU Horned Frogs are scheduled to play the Oregon Ducks on Saturday in the Alamo Bowl.