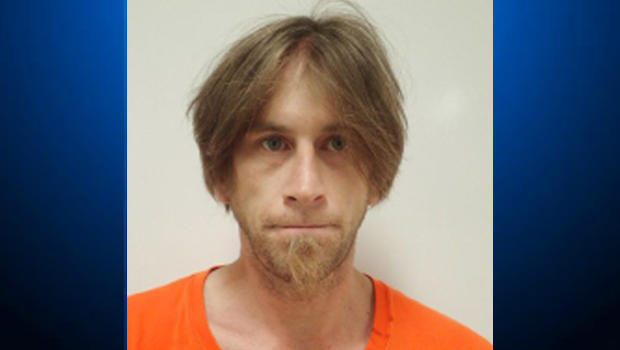 CLEARLAKE, Calif. -- A white man in California is facing hate crime and other charges after police say he stabbed a black man with a machete after yelling racial slurs.

Police in Clearlake, about 80 miles north of San Francisco, say they went to an apartment complex Saturday night after people reported someone yelling racial slurs in the parking lot and later attacking the victim.

The victim was slashed in the shoulder and sustained serious injuries, reports CBS San Francisco.

Police say the 34-year-old suspect, Anthony Hammond, went back into his apartment and an hours-long standoff began.

A man who had been sleeping inside the apartment got out and wasn't injured. Investigators say they saw Hammond trying to hide in a refrigerator and then fleeing to a back room, the station reports.

He eventually came out and was arrested.

The machete Hammond allegedly used in the assault was found inside the apartment, according to CBS San Francisco.

Hammond is also charged with aggravated mayhem, battery and assault. Police told the station they are not identifying the victim because of the severity of the crime.

During transport to the Lake County Jail, Hammond allegedly threatened to kill the transporting officer and his family upon his release from jail. Hammond reportedly had two outside agency felony arrest warrants against him at the time of the arrest.