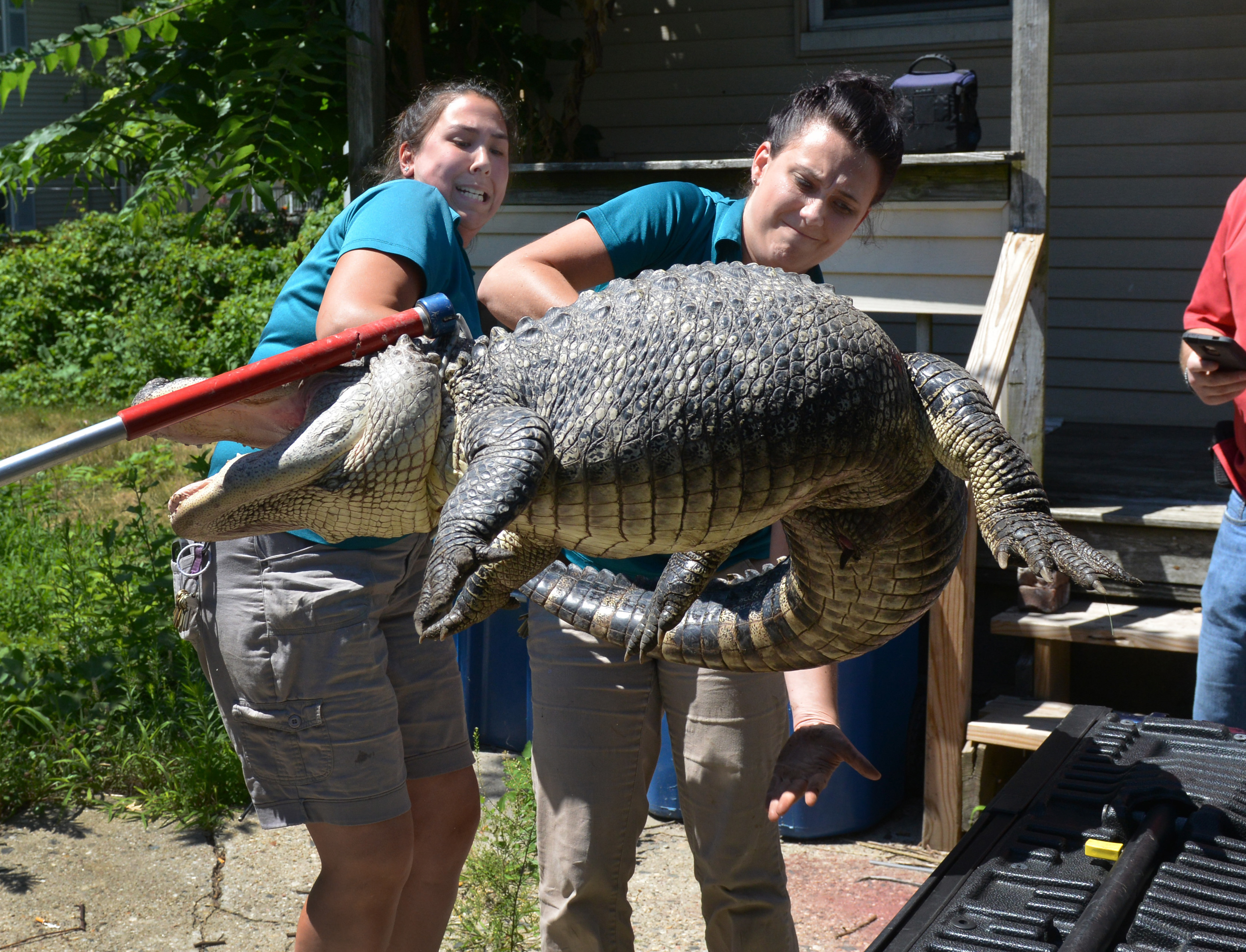 WEST SPRINGFIELD, Mass. -- Police in Massachusetts have captured and removed a 6-foot alligator from the backyard of a home with the help of workers from a local zoo.

Officers were dispatched to the West Springfield property at about noon Thursday following a tip from a concerned resident. They extracted the alligator with two animal control catch poles - one tied around its neck and the other around its tail - from a fenced-off area in the yard.

The reptile, which weighed an estimated 150 to 180 pounds, was taken to the zoo following its capture.

Capt. Michael Banas says he's never seen anything like this in 29 years of law enforcement.

The investigation has been turned over to Massachusetts Environmental Police. It wasn't yet known if the homeowner would face charges.

The Republican newspaper posted video of the alligator's capture to YouTube.