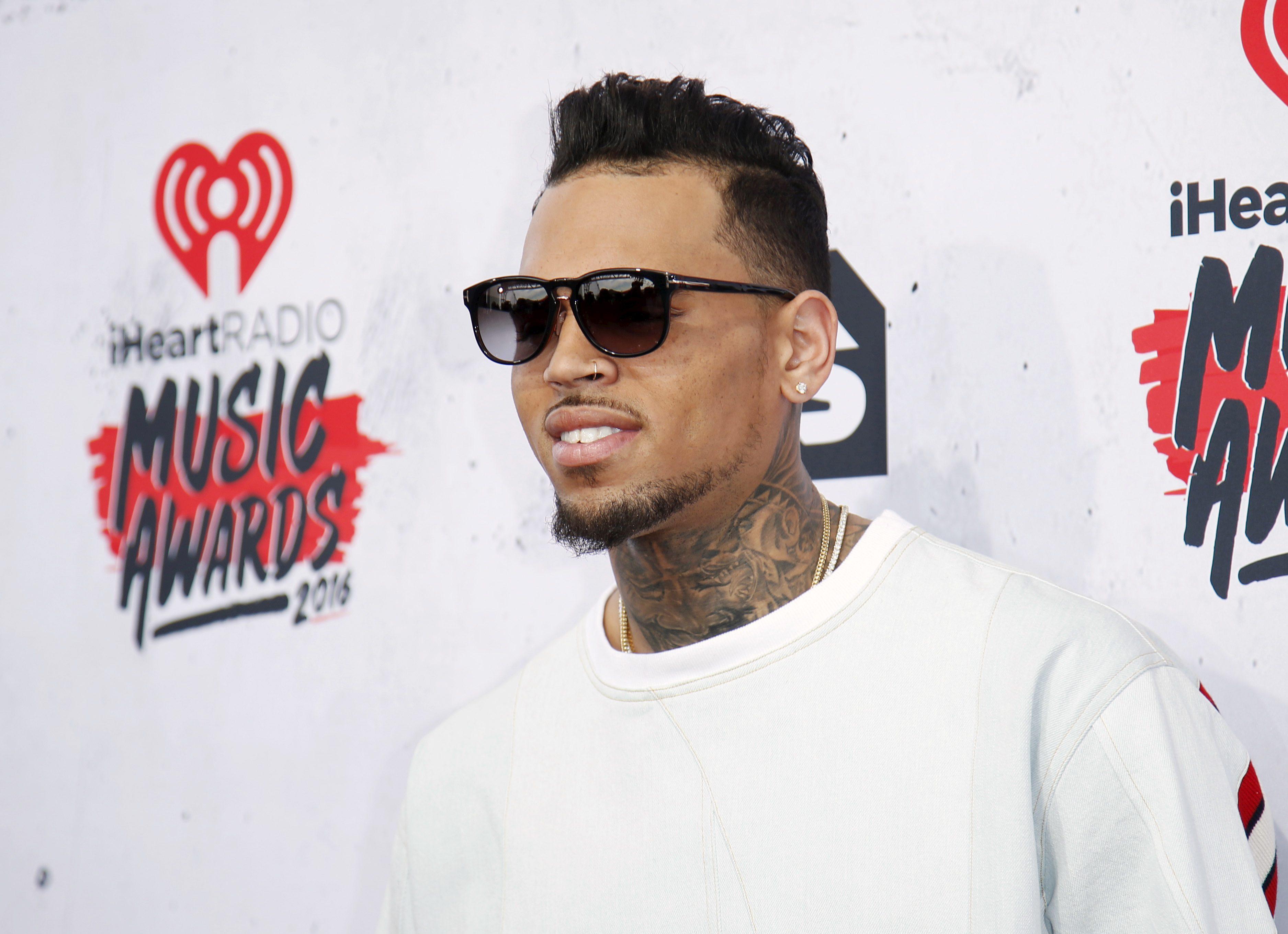 LOS ANGELES -- Los Angeles police say they have arrested singer Chris Brown on suspicion of assault with a deadly weapon.

Police Lt. Chris Ramirez says Brown was arrested Tuesday and was being taken to downtown Los Angeles for booking.

Los Angeles police detectives were searching the home of Brown on Tuesday after a woman said he pointed a gun at her.

Baylee Curran told The Los Angeles Times that she and a friend went to Brown’s house with a business associate Monday night.

She said she was admiring the diamond necklace of a man who had been showing off his jewelry when the man got angry and told her to back away.

That’s when she said Brown pulled out a gun, pointed it at her face and told her to get out.

Brown came out of his Los Angeles home peacefully Tuesday after an hours long standoff with police who responded to the woman’s call for help.

Ramirez said earlier that several people were escorted from the residence after a search warrant was served.

Brown’s attorney Mark Geragos arrived at the home shortly before the warrant was served.

Earlier, Brown posted several videos to social media declaring his innocence. The singer has been in repeated legal trouble since his felony conviction in the 2009 assault of his then-girlfriend, Rihanna.

“I don’t care. Y’all gonna stop playing with me like I’m the villain out here, like I’m going crazy,” Brown said in one Instagram video, waving a cigarette and looking at the camera. “When you get the warrant or whatever you need to do you’re going to walk right up in here and you’re going to see nothing. You idiots.”

Calls and emails seeking comments from Geragos and other representatives were not returned Tuesday.

In 2013, Brown struck a man outside a Washington hotel and was charged with misdemeanor assault. The singer was ordered into rehab but was dismissed from the facility for violating its rules. He spent two and a half months in custody, with U.S. marshals shuttling him between Los Angeles and the nation’s capital for court hearings.

In another incident while in treatment, Brown allegedly threw a brick at his mother’s car following a counseling session. This was after Brown had completed court-ordered anger management classes.

In January, a Las Vegas woman alleged that Brown hit her and took her cellphone. Police investigated but did not find evidence to file charges.