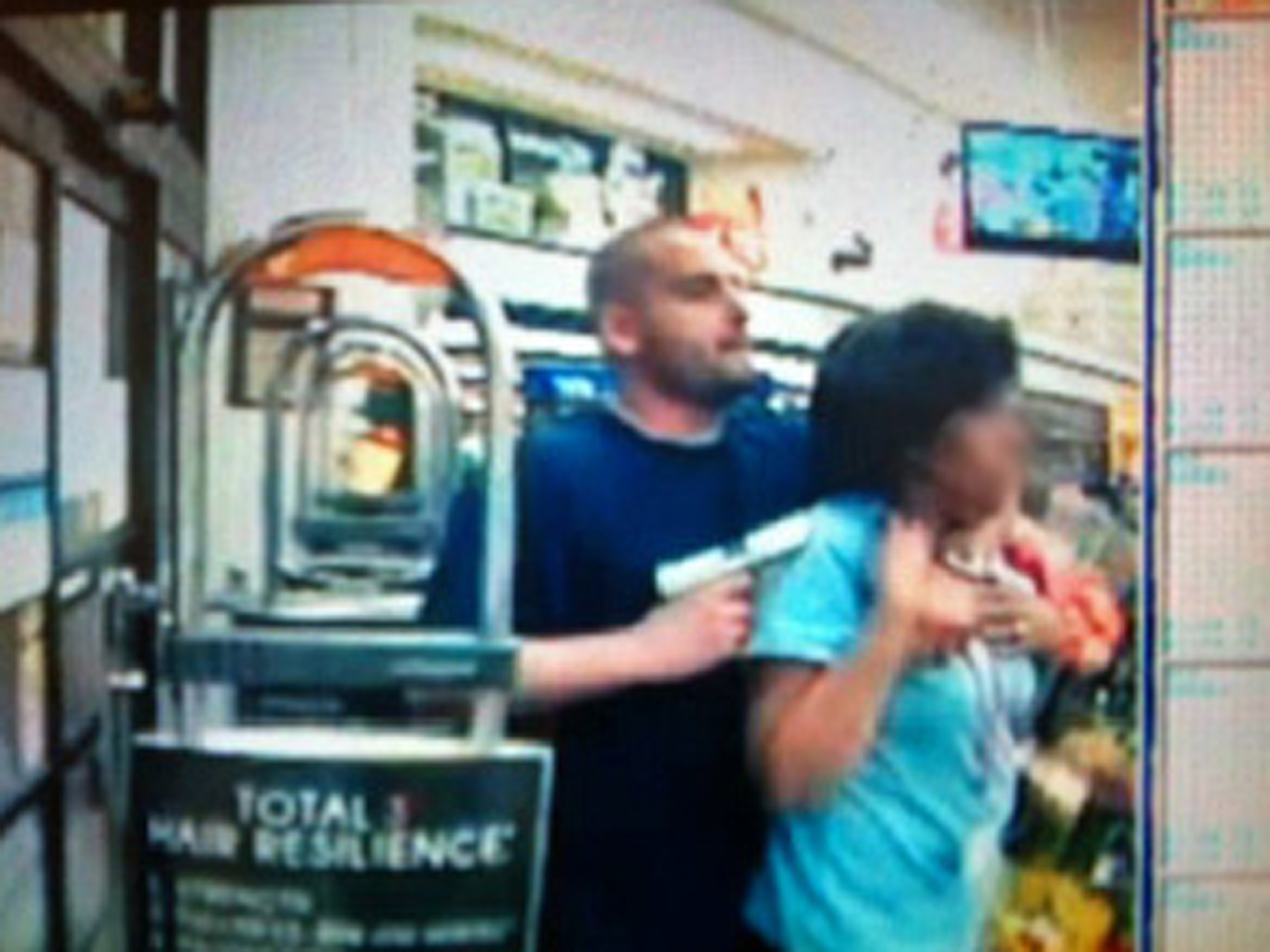 Miami-Dade police said the incident began around 4:30 a.m. with a report of gunfire in a trailer park. When a police officer arrived, he confronted a man thought to have committed an attempted armed robbery at a nearby Walgreens in which an employee was threatened at gunpoint, according to the station.

A friend of the subject, who did not wish to be named in this report, identified him as 27-year old Adrienne Montesano. He said Montesano used drugs and tried to rob the store because he needed the money, reports the station.

Police said when the officer moved in to arrest Montesano, a struggle ensued and the officer was shot.

The injured officer was taken to Jackson Memorial Hospital where he underwent surgery. He is expected to make a full recovery.

Police used GPS to track the car to a mobile home park four blocks away. But when they got there, they were unable to find the car, according to the station.

An alert was put out and around 5:30 a.m. the injured officer’s cruiser was found abandoned in Hialeah.

A short time later, Hialeah police spotted Montesano and another person inside a blue Volvo.  After a brief chase, the Volvo crashed between a utility pole and a tree, reports the station.

At least 22 officers from the Miami, Miami-Dade and Hileah police departments converged on the car and exchanged gunfire with the people in the car.

During the shooting, two Miami-Dade officers were hit in their arms. A Hialeah officer was injured, possibly by shattering glass, according to Patterson.

The injured officers were taken to North Shore Medical Center. The officers who were shot were then taken to Jackson Memorial Hospital. Two Miami police officers who complained of ringing in their ears after the shootout were also taken to the hospital as a precaution, according to the station.